Richmond’s 1926 Moorish revival Altria Theater was originally built and used by the Shriners as the ACCA Temple Shrine. It was purchased by the city and was known as The Mosque theater in the 1940’s. In 1995 its name was changed to The Landmark and following a restoration in 2014, it reopened as the Altria Theater.

During 2014, we restored decorative paint throughout the Altria’s lobby, auditorium and lounge areas, replicated documented historic stenciling, and cleaned the original murals. Our craftsmen installed Venetian plaster in the box office area and corridors outside the auditorium, and replicated the large-scale ornamental plaster finishes surrounding the auditorium’s ceiling light fixtures. Our artists and designers recreated and installed the historic decorations for the Egyptian-themed ballroom on site, along with new decorative paint treatments. 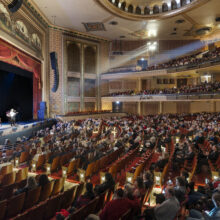 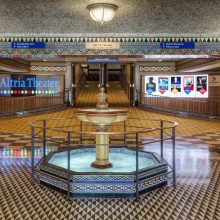 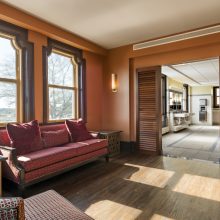 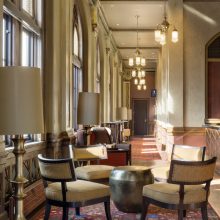 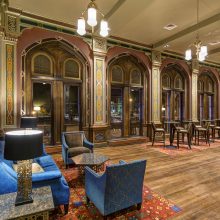 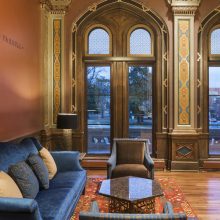 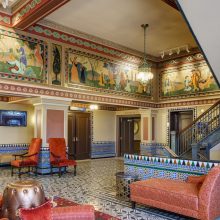 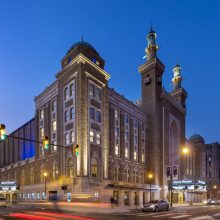 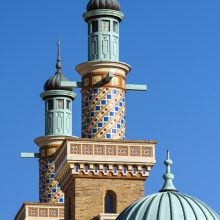