Atlantis is one of the three remaining orbiters from the NASA Space Shuttle program and the last to fly before the program was retired. The shuttle was moved to Kennedy Space Center in January 2013 to be put on permanent static display in a purpose-built hangar. The orbiter’s Thermal Protection System heat shield tiles and blankets still bear the scars of past missions. The four-decades-old vehicle still performed as designed before it was decommissioned.

We were contracted to assist vehicle maintenance engineers and managers of the Kennedy Space Center in transitioning Atlantis from operating spacecraft to exhibition artifact. Our conservators initially performed photographic documentation, made recommendations for on-going care of the orbiter, and consulted on long-term archiving of photo documentation records in tandem with existing maintenance records. All exterior and interior spaces of the vehicle were studied.

After it was moved to its new home, we assessed means of controlling and monitoring macro and micro-climates in Atlantis while its hangar was being erected around it. We assisted in the development of cleaning and maintenance plans, means and methods and monitoring systems to ensure the successful long-term preservation of the orbiter. Repeated visits are planned over the next five years to monitor the effects of the new installation on this extraordinary survivor of America’s great manned spaceflight history. 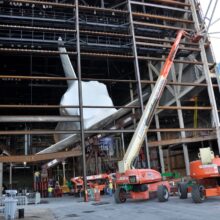 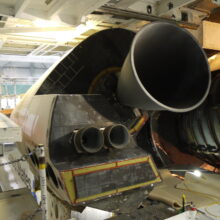 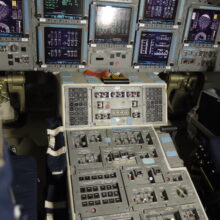