Sculpture and statuary were integral to Richard Morris Hunt’s Beaux Arts design for the main building of the Metropolitan Museum of Art, located in New York City. While the many features he intended were never created, including the massive cornice groups that exist now only as piles of rough-hewn blocks, four statues by Karl Bitter were installed on the Fifth Avenue façade. The muses, carved from blocks of Indiana limestone like the façade, are allegorical representations of a branch of the Arts: Sculpture, Painting, Architecture, and Music.

We performed a condition assessment and treatment on the limestone figures in 2005. The sculptures were washed and gypsum crusts were removed by intermittent nebulized spray. Failed mortar fills were carefully raked out without increasing the joint widths and filled with lime mortar color-matched to the stone. Fine cracks were filled with dispersed hydrated lime and capped with lime mortar. Previous inappropriate repairs were identified, removed, and repaired using the same techniques. Other repairs included replacement of losses, mortar patches, and dutchman repairs. Stone salvaged from the site was carved to replace a long-missing brush and finger on Painting. 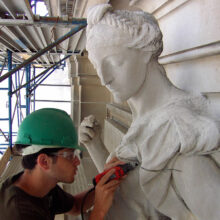 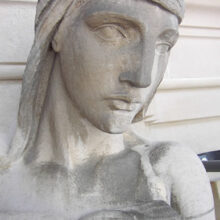 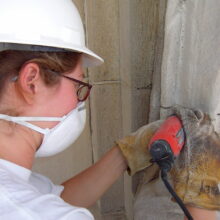 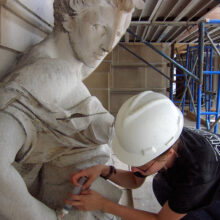 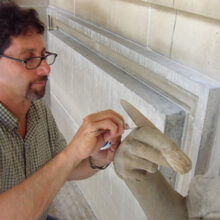