Four historic bronze cannons face the parade grounds of the historic campus at Fort Belvoir, two of which feature beautifully sculpted high reliefs and Dutch raised inscriptions from 1626. The cannons were cast at a foundry in Middleburg, Netherlands, in 1626 and 1628 by Michael Burgerhuys. They were given to Japan in the late 17th Century as Japan was a trading partner with the Dutch East Indies Company. The Japanese installed them in a coastal battery and the cannons bear Japanese characters indicating they were guns number 13 and 15 of the Sky or Heaven battery. The U.S. Army acquired possession of the cannons after World War II. They were transported to the States and installed outside Abbot Hall in 1978. The others are enlivened with elegant engraved decorations and date from 1793.

We assessed the cannons and performed the necessary conservation treatment. Each cannon was thoroughly cleaned of failed coatings and loose corrosion, and variations in coloration were mitigated through chemical patination. A custom formulated wax coating with corrosion inhibitors was applied to all surfaces after heating with torches. Each was then buffed. The barrel ends were sealed with neoprene tampions to prevent water ingress and future deterioration. 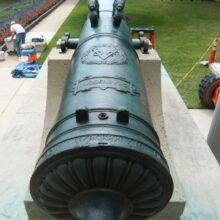 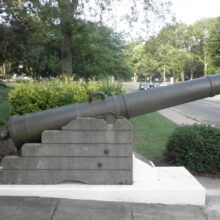 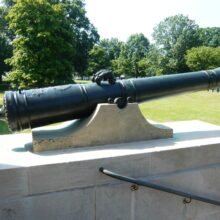 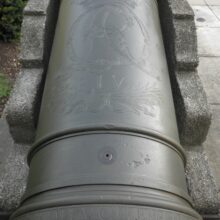 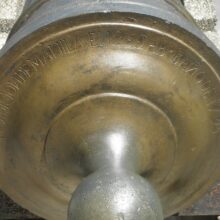 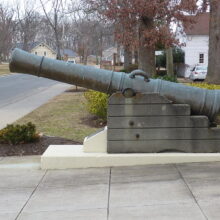 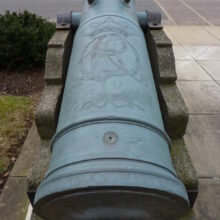 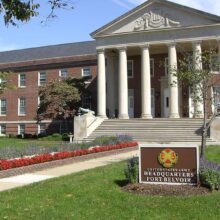 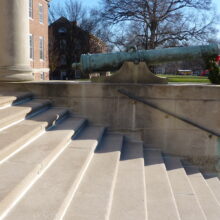