Our team was contracted to assess the condition of four marble carved figures of prominent women in theater that have stood in niches on the façade of the I. Miller building on Times Square since 1929. The sculptures are by Alexander Sterling Calder, who also produced works for the Washington Square Arch, Logan Fountain in Philadelphia, and the barge at Vizcaya Museum and Gardens in Miami. The marbles depict individual actresses in costumes from their greatest roles in drama, comedy, opera and motion pictures.

The sculptures had suffered from deterioration typical of marbles in the outdoor urban environment. Severe erosion, disaggregation, weathering and the formation of black gypsum crusts were noted on all figures. Two of the four had structurally failed. A plan was developed and restoration was scheduled for inclusion in the planned major restoration of the building.

We removed the sculptures from their niches, crated them, and brought them to our Maryland studio. Each was pre-consolidated to stabilize the extremely friable stone prior to other work. New stainless steel reinforcing has been installed within each figure to take the burden of its weight off the deteriorated stone at the legs. Cleaning has commenced with gentle cyclical water misting. After each is cleaned, losses will be rebuilt with custom formulated mortar. The gold tile mosaic niches will be restored and cleaned before each is returned to its site prior to the reopening of the building. 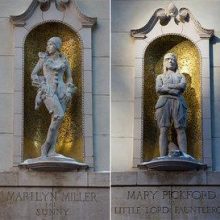 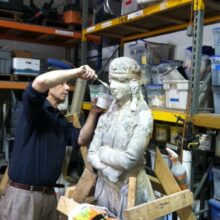 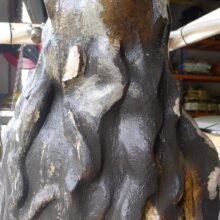 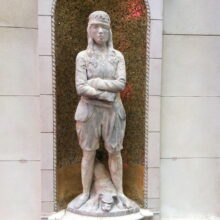 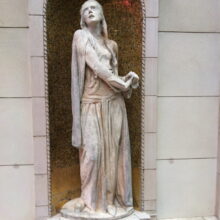 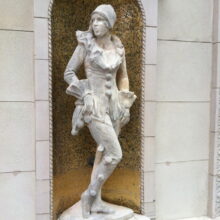 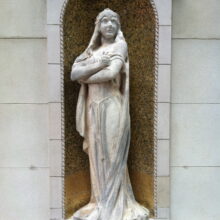 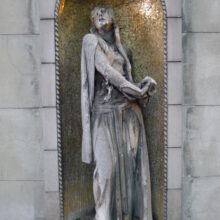 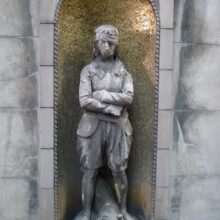 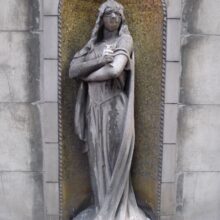 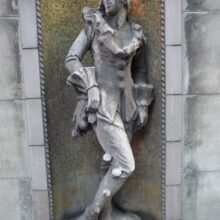