The Paluxy River dinosaur trackways are a significant part of the collection of the Texas Memorial Museum, located at the University of Texas at Austin. The stones were removed from their original location on the riverbed of the Paluxy River, in the Glen Rose area of Central Texas, by American Museum of Natural History paleontologist Roland T. Bird in 1939 and have been on exhibit in a purpose-built structure at UT Austin since 1940.

We were contracted by the University to assess and develop a comprehensive plan to conserve and relocate the trackways to a designated new location in the adjacent museum building. The goal of this intervention is to arrest the decay and to promote the long term stability and preservation of the trackways.

Along with the Conditions Assessment & Materials Testing Report, we developed a Treatment Plan of Operations which included an engineering study of the museum building and proposed exhibit space floor to determine its capacity to support the 40,000 pound section of trackway. Conservators and engineers designed a method for mounting and reassembly of the individual puzzle-like blocks onto a panelized, modular support system suitable for transport and display in the museum gallery. Materials trials and detailed mock-ups of every stage of the plan from disassembly to reassembly became the basis for the final mount design.

A budgetary cost estimate for the conservation work as well as a detailed proposal for the display mount was provided, along withfurther analysis of the proposed exhibit space and recommendations for general exhibit design to showcase these specimens as rich resources of scientific information. 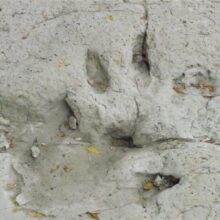 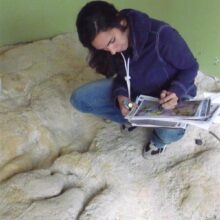 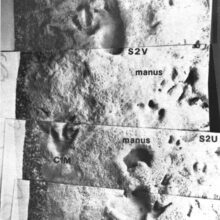 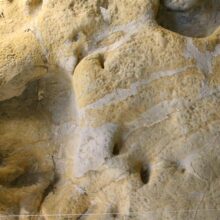 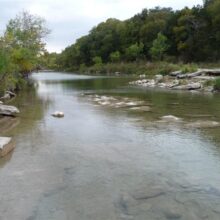