Carved of Italian Carrara marble in the mid-19th century, this statue represents the founder of the Dominican order preaching with his right hand raised. The over-life sized figure stands on a base with ornate carvings and detailed moldings. At his feet is the dog (the Saint’s iconographic symbol), which appeared in his mother’s dream foretelling his birth.

The marble had suffered from deterioration over the century and a half that it was exposed to the urban Washington, DC environment. Pollutants had slowly dissolved and eroded the pure calcareous marble and black gypsum crusts had formed in protected recesses. The sculpture was disassembled by the client and stored nearby during the construction of a new building at the site. An unfortunate windstorm caused additional damage from impact by flying debris as the statue was knocked from its base.

Our conservators were contracted to conserve the statue and restore the damage. The marble was carefully cleaned of soiling and gypsum crusts using filtered, intermittent water misting, detergent washing, gel poultices, and localized micro air abrasion. Pieces salvaged from the storm damage were remounted in original locations and losses were patched with custom formulated lime mortars. After curing, the entire marble was consolidated with a series of treatments. 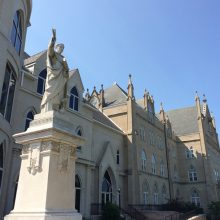 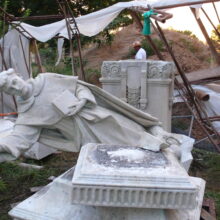 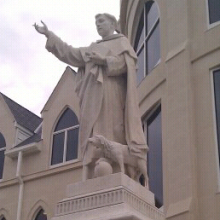 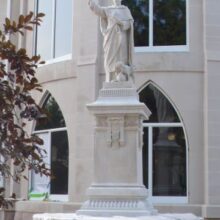 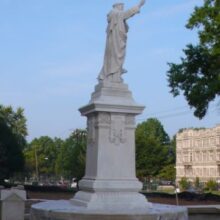