The storm lobby murals feature East Indian style ceiling murals executed on a metallic base. The frieze and the lower walls all showcase cast stone, painted in such a way to emphasize the ornamental design. Many of the beautiful finishes became compromised over the years, and in October 2019 EverGreene Architectural Arts was contracted by Disney Worldwide Services, Inc. to conduct conservation and replication on the storm lobby of the El Capitan Theater.

Our team craftspeople of successfully restored all finishes to a stable condition. The mural restoration work was performed with an emphasis to retain all historical significance and original intent of the artist. Where possible, the original mural work was preserved, and a conservation approach was utilized. All cast stone elements were cleansed of undesired surface deposits, and the reinstallation of Nixalite will act as a preventative measure towards future soiling. 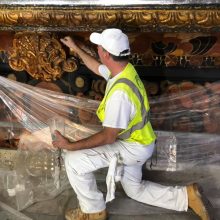 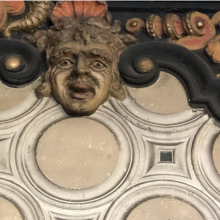 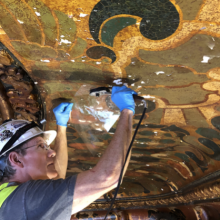 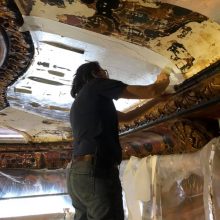 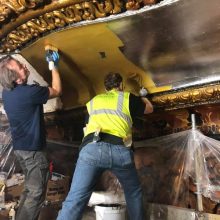 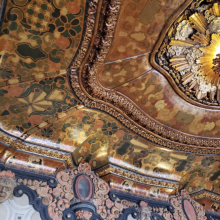 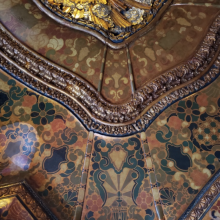