The Faena Hotel, formerly the Saxony Hotel, was purchased by the Faena Group and developed by Argentinian hotelier and cultural engineer Alan Faena. The hotel boasts sculptures by Damien Hirst and interior designs by Baz Luhrmann and Catherine Martin. The Faena Hotel opened in 2015 and is located in Miami’s Faena Arts District.

The focal point of the lobby is a series of eight, 10 x 15’ murals designed by Argentine artist Juan Gatti. These murals combine mythological, religious, and astrological iconography. They were hand-painted in our New York studio, including the backgrounds and details in 23K gold leaf. After completion, the murals were shipped to Miami Beach for installation. Upon entry to the hotel, guests arrive not through a traditional lobby, but rather a “Cathedral” lined with gold-leafed columns and adorned with vivid floor-to-ceiling murals. EverGreene collaborated with Gatti throughout the entire process to ensure that his designs and vision were perfectly executed.

In addition to the murals, EverGreene’s team of artists and artisans gilded six, 19’ tall by 4’ diameter tulip-topped columns in the main lobby and 12,000 square feet of ceilings, domes, and ornament throughout the hotel’s public spaces, restaurants, bars, and theatre. 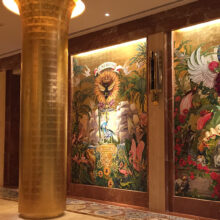 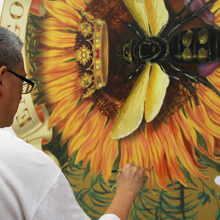 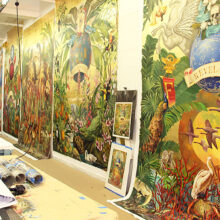 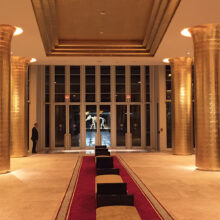 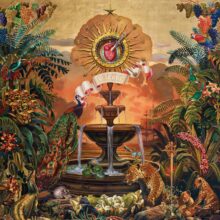 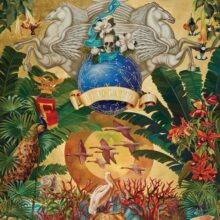 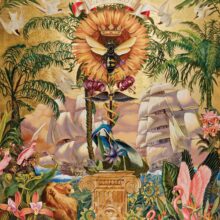 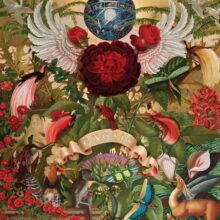 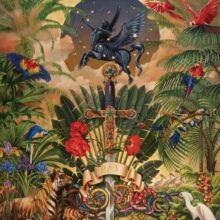 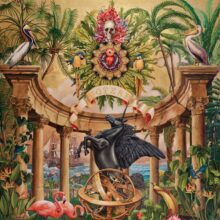 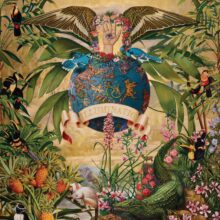 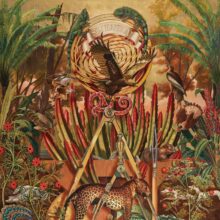 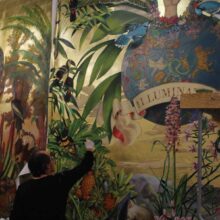 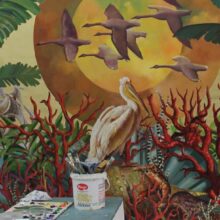