Sculpted by Bela Pratt, the Flag Defenders Monument sits atop a rubble stone wall in Bell Rock Park in Malden, Massachusetts. The heroic scaled bronze depicts a kneeling Civil War soldier and sailor protecting a standing flag bearer. Pratt, who was a younger member of the American Renaissance generation, taught at the Boston Museum School for many years and other works of his are found throughout the Boston area.

In celebration of the monument’s centennial, the City of Malden asked our conservators to treat the work. The elegant bronze had suffered from deterioration and vandalism since its installation. Many smaller elements, particularly the attached features of the costumes and weapons, had been lost through vandalism. Streaking and discoloration that is normal for exposed bronzes hid much of the detailing. Later memorial plaques that had also deteriorated and the rubble stone wall required cleaning and re-pointing.

Through a combination of documentary research and careful observation of the remaining fragments, all of the missing bronze elements were identified. These included ropes and tassels for the flags, a cutlass for the sailor, and the barrel of a Springfield rifle for the soldier. Replacements were cast in bronze before being mounted and TIG welded to the sculpture. All surfaces were cleaned using gentle means and chemically re-patinated. A protective coating was applied. The plaques and stone base were treated as well. 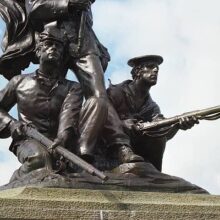 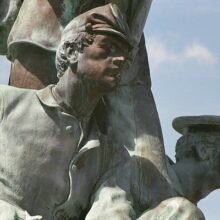 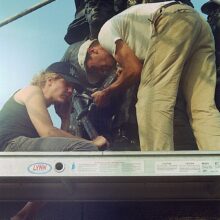 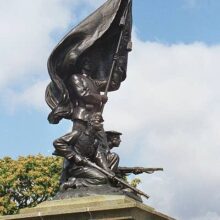 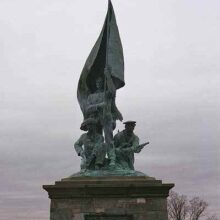 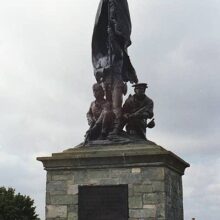