Fort Christian in Charlotte Amalie, St. Thomas, US Virgin Islands was constructed during the Island’s Danish possession. Although the original structure dates to 1671, numerous changes have occurred over the centuries, ending with the construction of a Gothic gate with clock tower and flanking wings (now the main entrance) added in 1874. During its continuous occupation, the fort has endured tropical storms, hurricanes, and an earthquake, in addition to the intense heat and humidity of the Caribbean climate. By the late 1990’s, the fort was in a very poor state. Rubble stone walls were cracking and splitting from deteriorating embedded iron, water infiltration from the leaking roofs was leading to damages to interior spaces and the massive stone walls were cracking and losing finishing plasters. The severity of these conditions was directly related to the use inappropriate materials and synthetic coatings during 20th century repair campaigns of the interior and exterior walls. Structural issues were present as well, some quite dangerous, such as extensive and significant cracking through the walls of the bell tower and shattering of the glass clock faces directly over the front entrance to the fort.

In 2005 we were contracted to provide quality assurance supervision, conservation consulting, and materials testing services during implementation of a major restoration of the fort. The treatment goals were to stabilize the structure and eliminate as many of the water related conditions as possible. The project included the removal of Portland cement mortars and gypsum plasters, and replacement with lime-based materials as well as structural pinning. We also restored the 1912 Seth Thomas mechanical clock and recreated the damaged glass clock faces. 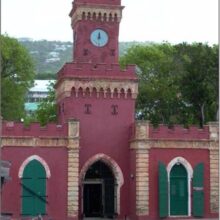 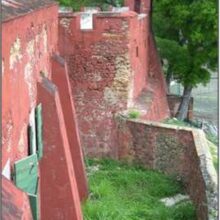 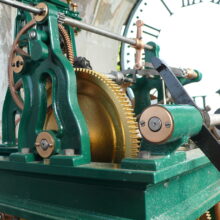 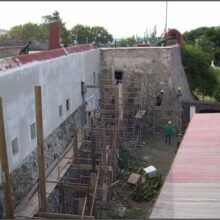 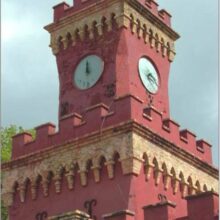