The Frick Collection is housed in the former residence of Henry Clay Frick, a Pittsburgh industrialist who built his home in New York to house his significant collection of fine and decorative art. Designed by Thomas Hastings of the renowned Beaux-Arts architectural firm Carrère and Hastings and completed between 1914 and 1916 (when the interiors were finished), Frick intended his residence to become a public art museum after his death. The west gallery, originally known as the picture gallery, is situated at the north end of the original residence. The enamels room, accessed at the west end of the west gallery, was originally Frick’s study.

EverGreene conservators were retained by The Frick Collection to conduct a condition assessment of plaster ceiling surfaces in the west gallery and enamels room of The Frick Collection. The purpose of the assessment was to evaluate the condition of historic ornamental plaster ceiling elements to support the development of strategies for needed repair, as well as for temporary protection of the ceiling during construction activities related to the planned rehabilitation of the west gallery skylight and laylight. Conservators examined ornamental plaster at ceiling surfaces and laylight trim at close range, sounding surfaces to detect hidden voids. Accessible areas of the reverse side of the west gallery ceiling were also examined from the attic space. Deterioration conditions such as cracks, blind voids, and efflorescence were documented on architectural drawings, which were then used to generate treatment plans and estimated costs. EverGreene also provided consulting services for protecting historic plaster ceilings during the replacement of the west gallery skylight. 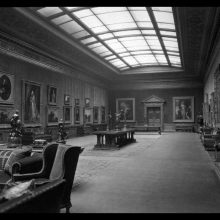 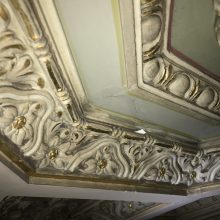 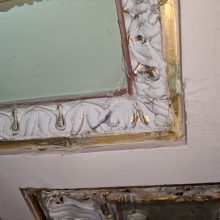 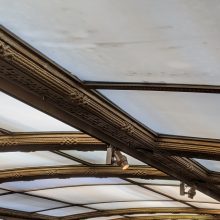 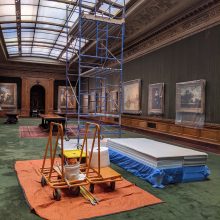 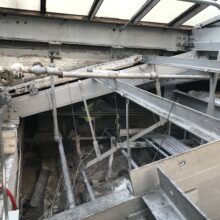 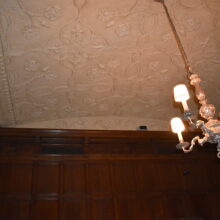 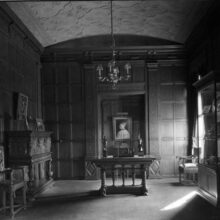