The George Fink Studio was constructed in 1925 for the architecture practice of H. George Fink. Fink was a cousin of Coral Gables developer George Merrick and played a leading role in the design of the city, one of the first planned communities in the United States. Fink designed hundreds of buildings and established what became known as the Mediterranean Revival Style that predominated Coral Gables’ contribution to the City Beautiful Movement. The office building he designed at 2506 Ponce de Leon Boulevard is regarded as the best example of Mediterranean Revival Style in the city; it reflects an eclectic mix of Spanish, Moorish, Gothic, Italian, French, Mexican, and Byzantine influences.

In 2019, EverGreene conservators were brought in by Martinez Alvarez Architects to conduct a condition assessment and a limited finishes investigation at the historic George Fink Studio. The assessment evaluated the condition of original exterior and selected interior materials to identify repairs and treatments for their long-term preservation. The historic finishes investigation identified original colors used in exterior and interior architectural finishes. 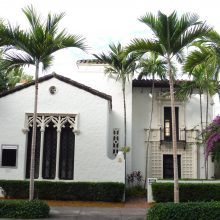 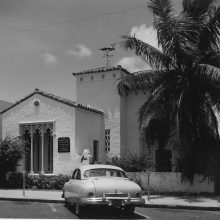 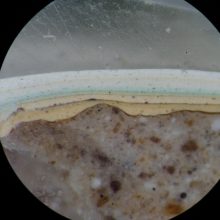 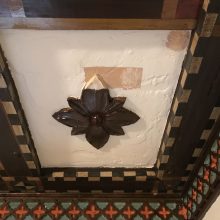 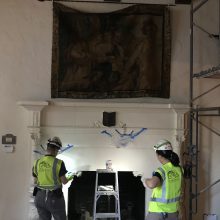 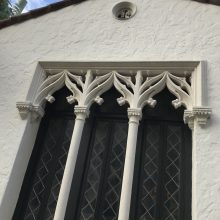