The Gold Mining Camp Museum in Monroe Park is devoted to highlighting the history of gold mining in Fauquier County, Virginia. Around 18 gold mines existed in and around the area in the 19th and 20th centuries. The museum includes several buildings based on mine structures and large mining objects that were found nearby.

As part of a grant from National Endowment for the Humanities, we were contracted by the museum to assess the condition of several large objects at the Mining Camp Museum including a steam engine, water pump, winch hoist and kibble bucket, three ore cars, and two hornet balls. The hornet balls are large hollow concrete spheres, the purpose of which is unknown.

We inspected the machinery and recommended treatment approaches and storage options for each. While generally structurally stable, corrosion, soiling/biological growth, and deterioration of coatings are the main condition issues. All artifacts were studied, documented, and assessed. Three levels of cleaning and restoring methodologies were provided, from minimal intervention to full restoration, along with budgetary estimates. 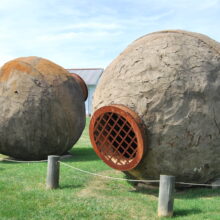 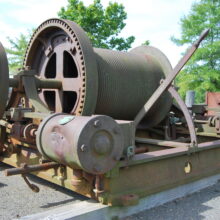 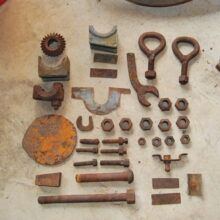 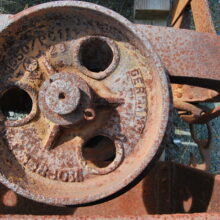