Grand Army of the Republic Rooms

The Chicago Cultural Center opened in 1897. It served as the central library and a memorial hall for Civil War veterans. This Chicago Landmark building is operated by Chicago’s Department of Cultural Affairs and Special Events which houses the city’s official reception venue where the Mayor of Chicago has welcomed Presidents and royalty, diplomats, and community leaders. The space still celebrates art and culture to support the city’s public programming efforts today.

EverGreene completed the initial mock-ups of the historic paint finishes in the Grand Army of the Republic Rooms (GAR rooms), which include Memorial Hall, GAR Lobby, and Entrance Hall of the Chicago Cultural Center, and returned to complete services for the complete conservation scope. Our team was responsible for the careful removal of the overpaint to reveal the original decorative finishes scheme; conservation of the original finishes after exposure; replication of areas of non-historic finishes to match the original; conservation of the exposed original gilded finishes on ornamental surfaces; and inpainting of patches to the Tennessee Pink marble walls. The project also included the conservation of a 40-foot in diameter, 62,000-piece, art glass dome to return natural light that had been blocked since a renovation in the 1930s. Long-lost lighting fixtures that were custom-designed for the rooms were recreated using early photographs and original architectural drawings.

This historic restoration reclaimed two lost interiors decorated by the celebrated Tiffany Glass and Decorating Company for the art glass dome and decorative finishes in the GAR rooms. The EverGreene team employed an intricate conservation process to expose and conserve the original 1890s surfaces. Our approach consisted of removing the overpaint to reveal the original finish campaign, consolidating the finishes, conserving the original ornament, and replicating the original finishes on both flat and ornamental plaster surfaces where necessary. This process entailed methodically separating layers of paint chemically and mechanically until the original layers were exposed. In all three of the rooms our team worked in, the existing paint showed intermittent flaking, mostly on spans of flat plaster. Peeling paint on ornamental plaster appeared in areas with water damage and previous patching.  Our team used conservation-grade consolidant to re-adhere the original finishes and to strengthen the plaster substrate.  The project was completed in early 2022. 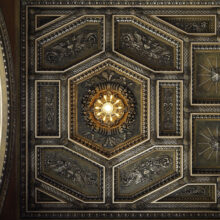 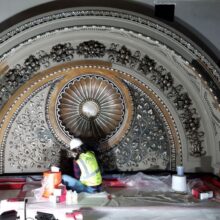 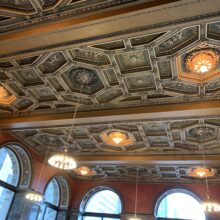 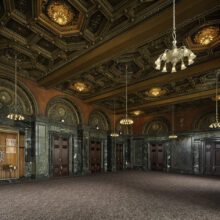 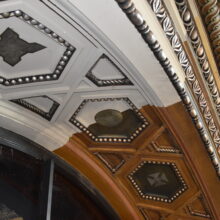 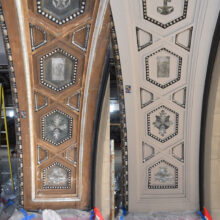 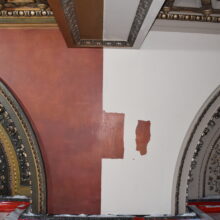 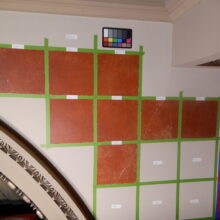 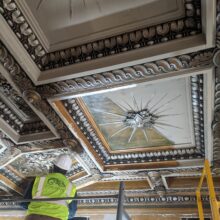 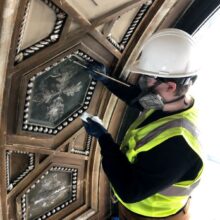 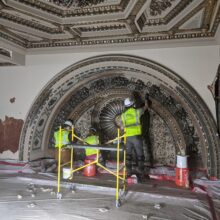 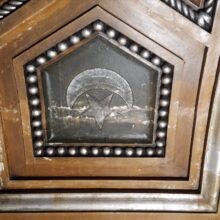 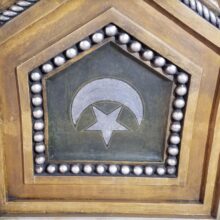 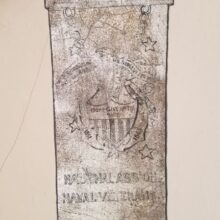 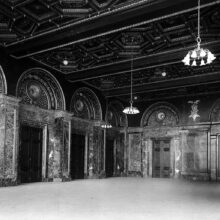 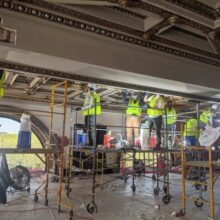 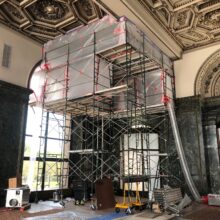 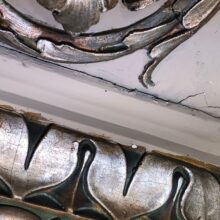 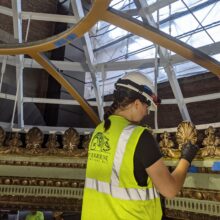 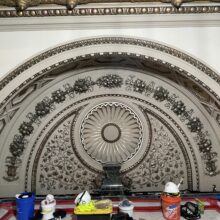 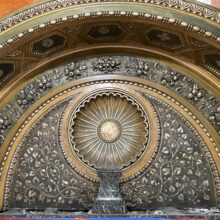 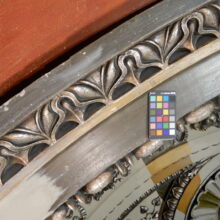 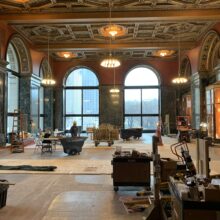 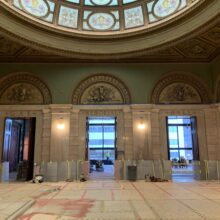 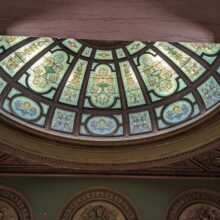 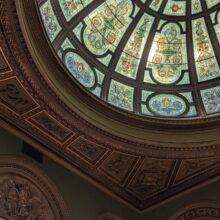 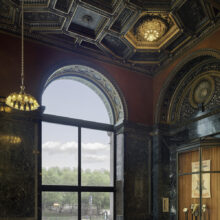