Drexel University’s Main Building is the most iconic building on campus. It was designed by Philadelphia practicing engineer and architect Joseph M. Wilson in 1889 and still functions as the centerpiece of the University today. Upon entry to the Main Building there is a columned entrance hall with leads to the Great Court.  Great Court is a multi-story acarded space lit by a laylight and large chandelier.

Over the years, the appearance of the Great Court ceiling underwent many changes, beyond different layers of paint. The 2021 restoration of the Great Court plaster ceiling was always intended to not only remove unsound parts of the ceiling where plaster and paint no longer adhered to the ceiling, but reintroduce the ceiling’s original appearance. Our team began the conservation of the plaster ceiling studying archival images to determine the original color pallette. Our conservators completed a paint analysis to identify the historic paint colors for replication. It was discovered that the designs came from the ceiling’s first paint layer. Evidence strongly suggests that this system was washed off before it was painted over, but they were able to find evidence of the original Greek key patterned borders and stylized palmette designs during this restoration and repainting phase of the restoration process. Our Designers then developed the stencils in our Brooklyn Studio, reflecting the sizes of the original Greek key pattern, stylized palmette designs and other flourishes for the Great Court ceiling, and the team adhered them directly to the ceiling on-site.

The Great Court remained open to students and the public for the duration of the restoration project. 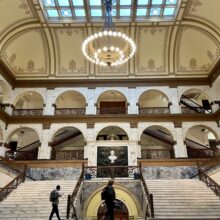 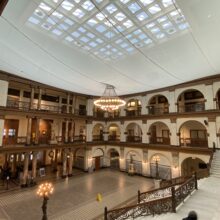 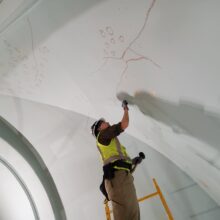 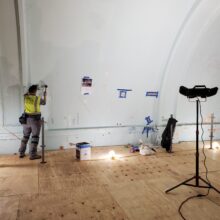 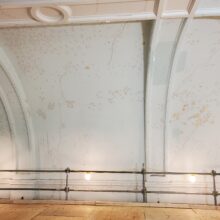 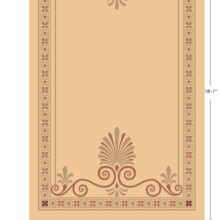 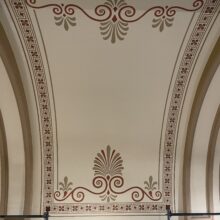 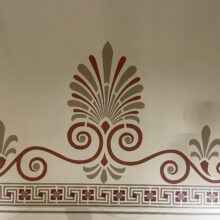 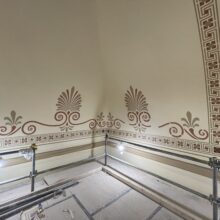 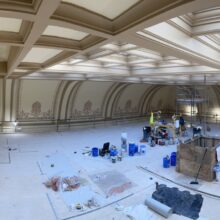 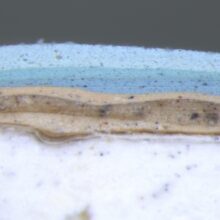 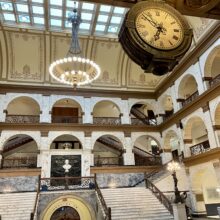 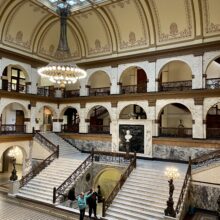 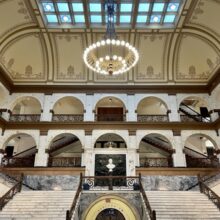 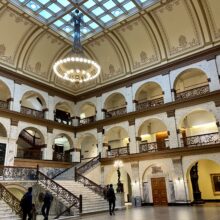 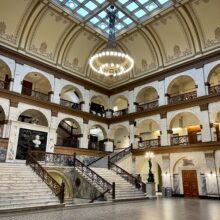 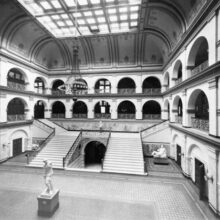