Henry Moore was a prolific artist known for his massive, abstract bronze sculptures. “Vertebrae” was started in 1968 and was eventually cast in bronze. There were eight (8) casts created which can now be found in the Hirshhorn Museum and Sculpture Garden in Washington D.C., the Tate Gallery in London, the Nasher Sculpture Center in Dallas, the Art Gallery of Ontario in Toronto, Safeco Plaza in Seattle, and the Memorial Art Gallery in Rochester, New York.

In tandem with the completion of I.M Pei’s Dallas City Hall in 1978, Moore was commissioned to create a sculpture for the City Centre Park Plaza just outside the city hall. For this piece, he decided to scale up his 1968 sculpture, making this the largest cast created of “Vertebrae”.

EverGreene thoroughly cleaned the entire sculpture and plaque, then mediated areas of corrosion, drips, runs, and streaks on the sculpture. Both hot and cold patina were applied to create depth and to hide the areas of corrosion. Finally, a protective wax coating was applied. 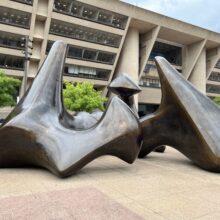 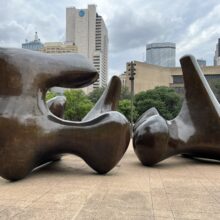 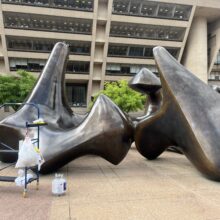 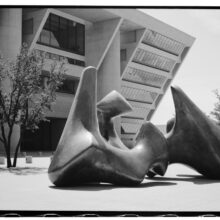 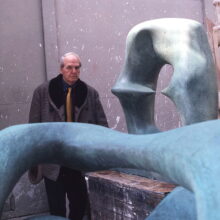