Originally called the Veterans Auditorium, this historic 890-seat theatre opened in 1915 and is considered historically significant as the birthplace of the United Nations.

EverGreene conservators provided protection and monitoring services during construction associated with a major renovation, systems overhaul and seismic intervention.  The 100-year- old murals were protected from impact and dust while allowing for airflow. Once construction was completed, EverGreene conserved and restored the eight Frank Brangwyn-designed murals, each measuring 11’ x 24’, that had originally been created for the Panama-Pacific Exposition of 1915. The murals were removed after the exposition closed in 1916 and reinstalled into the Herbst Theatre in 1934. 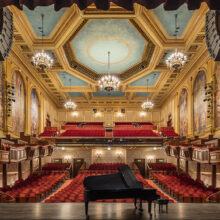 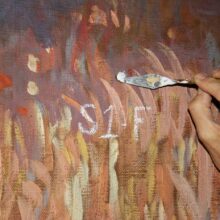 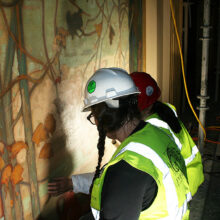 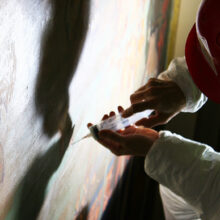 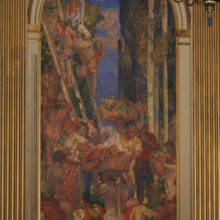 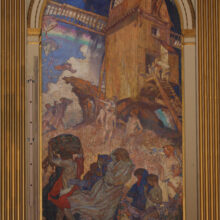