During the early 2000s, the century old Idaho Capitol building’s impressive features were fading, commencing the legislature’s plan to restore and renovate both the interior and exterior of the Capitol. EverGreene was commissioned in 2008 to restore all of the ornate plaster and scagliola work of the Capitol interior. The scagliola process involved hand-polishing plaster in order to achieve a marble-like appearance. Additionally, we performed Ornamental plaster restoration and stripped a century’s-worth of non-historic paint.

The fabrication of cornices and decorative rosettes for rotunda light fixtures were also part of the restoration in both the House and Senate. The result is a beautiful “Capitol of Light,” featuring the glow of the carefully crafted materials in the natural light of the rotunda. 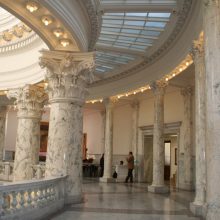 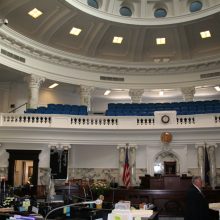 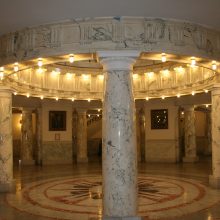 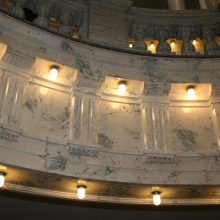 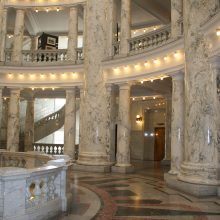 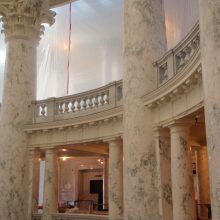 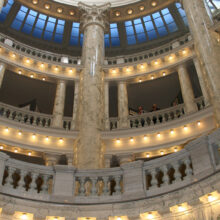