The Jasper County Courthouse, located at 101 1st Street in Newton, Iowa, is the third and current official public courthouse for Jasper County. The first was a wood frame building constructed in 1847. The second was a two-story classical revival built in 1857. The current courthouse was designed by the Des Moines firm of William T. Proudfoot and George W. Bird. One of Iowa’s most renowned firms, Proudfoot and Bird were prolific during the first two decades of the century, creating numerous public buildings throughout the state. Examples include the Polk County Courthouse in Des Moines, 1906, and the Greene County Courthouse in Jefferson, 1917. The Jasper County Courthouse was constructed between 1909 and 1911 in the Beaux-Arts style. The rotunda contains four lunette canvas murals created by Edgar Cameron, a Chicago Artist.

The courthouse was added to the National Register of Historic Places several times: as an individual structure in 1981, as part of the County Courthouses in Iowa in 1981, as a part of the multiple property listing for The Architectural Legacy of Proudfoot & Bird in Iowa 1882-1940, and as a contributing structure of the Newton Downton Historic District in 2014.

EverGreene was retained by Jasper County to perform stabilization, cleaning, and restoration of the four murals located in the rotunda. The purpose was to document, conserve, and restore the murals. EverGreene conservators cleaned, applied a protective consolidant, infilled any holes or abrasions, in-painted where necessary, and applied a protective finishing varnish.

Our team also executed decorative painting repairs to compromised paint on moldings and ceiling in the rotunda, third floor hallways, and in the Grand Courtroom. Damaged and flaking paint was removed, the area was prepped and painted, and any decorative stenciling was recreated. 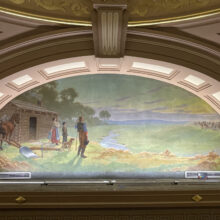 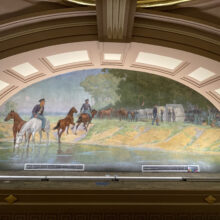 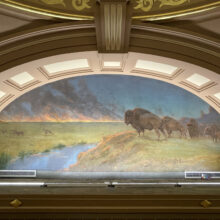 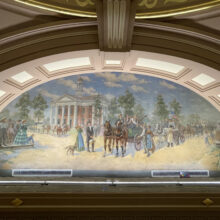 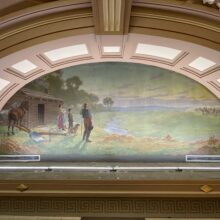 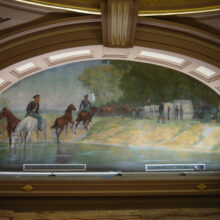 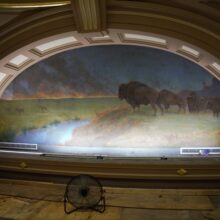 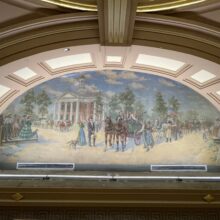 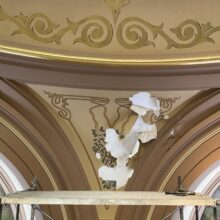 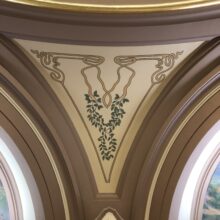 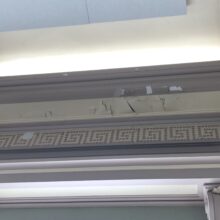 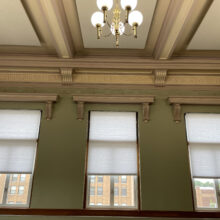