The Jefferson Memorial is one of the significant monuments to a Founding Father in the Federal core of Washington DC. It was created by an act of Congress in 1934. The design was by John Russel Pope, who also created the Archives and National Gallery buildings. The temple was completed in 1943.

EverGreene was engaged by the National Park Service to clean the marble of the dome and pediment roof as part of a major restoration of the structure. Starting in 2019, we have been cleaning biological infestations and other contamination using Nd:YAG 1064 nm Q-Switch laser ablation and low volume steam cleaning. Working with Grunley Construction and others we are slowly working over the marble of the dome, architrave and pediment. The work was completed the Fall 2021. 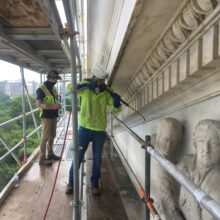 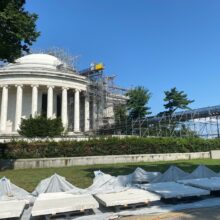 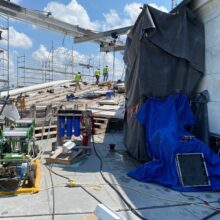 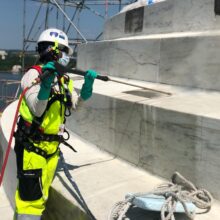 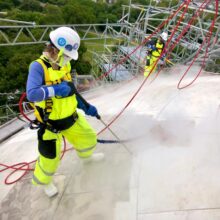 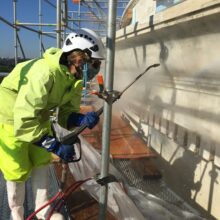 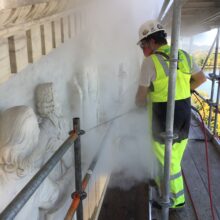 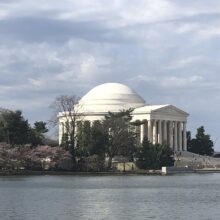