John T. Biggers was an African-American muralist who came to prominence after the Harlem Renaissance and toward the end of World War II. Biggers has worked on creating works critical of racial and economic injustice. He served as the founding chairman of the art department at Houston’s Texas State University for Negroes (now Texas Southern University).

We  are committed to preserving the glory of culturally and historically significant artworks. EverGreene has conserved three (3) murals by John T. Biggers to date.

Our team has additionally conserved the John Biggers mural at Christia V. Adair Park.  EverGreene conservators conducted an investigation of the existing conditions of each mural to determine the best methods for conserving the artworks. The concrete support structure stabilizing the Christia v. Adair mural was repaired before mural conservation treatments began: conservators removed loose pieces of concrete and cleared away debris located in the damaged area before applying a concrete patch and appropriate parge coat to match the existing surface of the support structure. Localized plaster damage was patched using a mixture of Rhoplex MC76 and Rhoplex 1950 using a small syringe to consolidate and stabilize the plaster where hairline cracking had occurred. Flaking and damage paint was also stabilized; loose flakes were reattached by gently massaging the area with a tacking iron. Both murals were then cleaned to remove surface soiling and bug nests were removed from the exterior Christia V. Adair mural. Conservators applied a UV-stable reversible varnish to the mural surfaces to serve as an isolating barrier between the historic paint and newly applied in-paint. Areas of loss were in-painted using conservation paints and graffiti was removed from the Christia V. Adair mural. The restoration was completed in December 2014.

Song of the Drinking Gourd located at Harris County Precinct 1
Our conservators returned to Houston to restore John Biggers’ mural Songs of the Drinking Gourds (1987). The project required out team to perform a conditions assessment on and prepare treatment recommendations. The mural was then cleaned, conserved and areas of damage and loss have been inpainted, ultimately restoring the artwork to its original brilliance.

In 2012, EverGreene performed an initial study and then conserved Biggers’  large interior mural “Family Unity” located in the student center at Texas Southern University’s Hanna Hall. EverGreene began the process by conducting an investigation, testing, and documentation, and then developed and implemented the recommended treatments for the conservation of the mural. Conservation services included plaster stabilization, cleaning, paint consolidation, and inpainting. 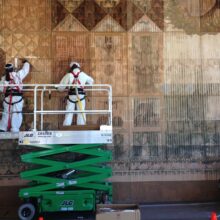 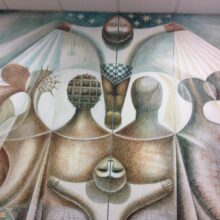 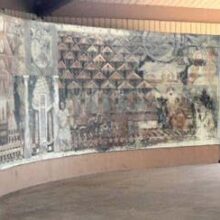 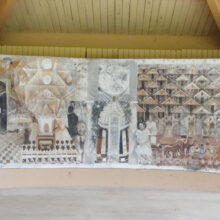 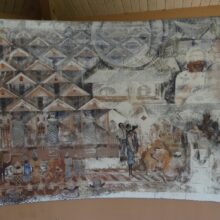 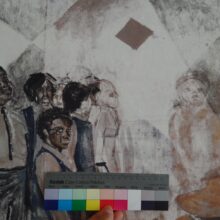 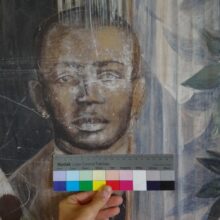 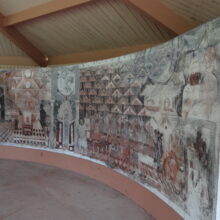 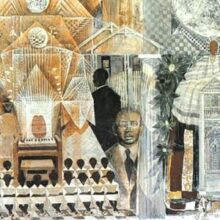 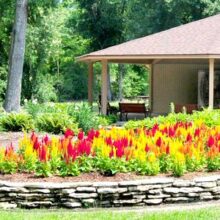 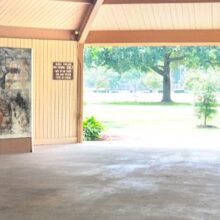 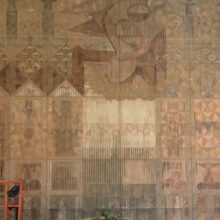 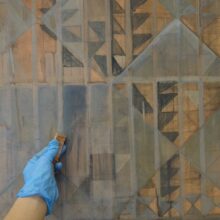 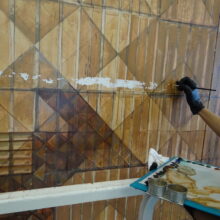 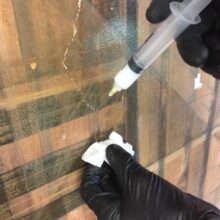 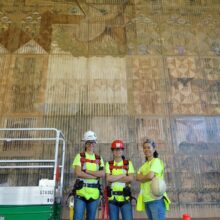 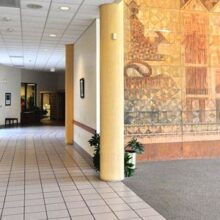 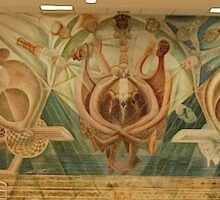 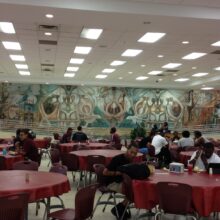 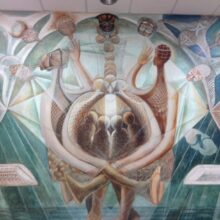 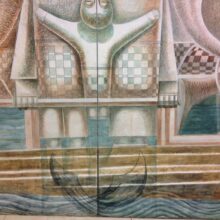 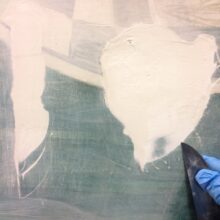 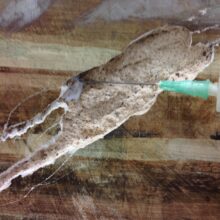 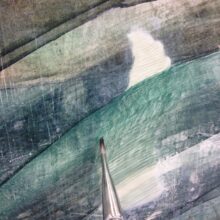 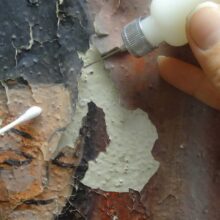 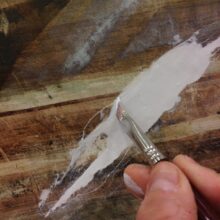