Built in 1914, Union Station encompasses 850,000 square feet and originally featured 900 rooms. In it’s prime as a working train station, it accommodated thousands of passengers every year. EverGreene completed the restoration of interior finishes and renewal of the monumental Beaux-Arts style railroad station. The restoration scope included work on the ornamental plaster ceiling and the large scagliola cornice, along with decorative painting throughout the interior.

We also conserved three large murals and supervised their transportation and reinstallation back to their original location in the station. The Murals depicting Kansas City’s early history were painted in 1936 by Hildreth Meière for the Westport Room of the Fred Harvey Restaurant, but had been moved and altered in the last thirty years. 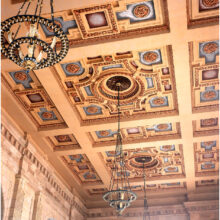 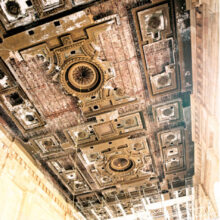 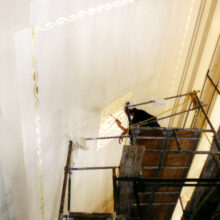 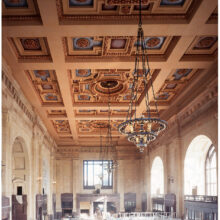 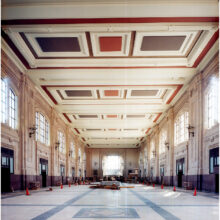 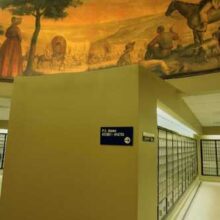