The National Law Enforcement Officer’s Memorial is an elegant and expansive memorial to the more than 20,000 officers killed nationwide in the line of duty since 1791. Situated at the Judiciary Square Metro station, the monument features two blue-gray limestone walls inscribed with the names of the fallen, each surmounted by a statuary group of a lion protecting its cubs at the end and facing seating benches.

Ongoing concerns about continued failure of the paint system, and issues of color matching with new lettering, led NLEOM to conclude that an entire re-painting campaign will be required. At the request of the National Law Enforcement Officers Memorial Fund (NLEOMF), we created a testing and analysis regimen for comparing coating systems for the engraved lettering at the Memorial to recommend an appropriate paint.

The study was intended to test alternative paint systems and determine the best one for this engraved lettering. For the testing, we had samples of the memorial stone engraved and coated with twelve different coating systems. Three tests were designed to provide direct comparisons between the systems: accelerated weathering, outdoor weathering/exposure, and repeated cleaning. The goal was to ascertain which paint systems retained their cohesion and color over the longest timespan. The results of the tests were analyzed and presented to the client in a final report. In the future, our recommendations will be used to select a new paint system for use at the memorial. 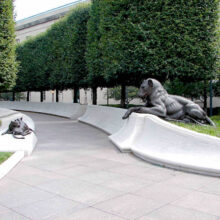 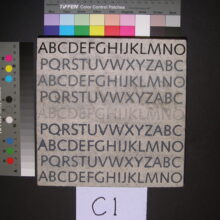 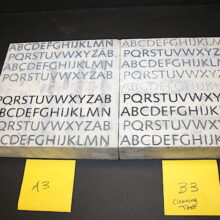 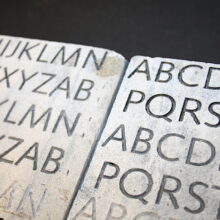 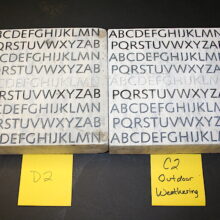