Vizcaya was the winter residence of American industrialist James Deering from December 1916 until his death in 1925. In addition to its Italianate villa, impressive holdings of decorative arts, and bayfront location, Vizcaya also boasts expansive gardens, which combine elements of Renaissance Italian and French designs. This includes a major collection of garden sculpture, imported from Europe to enrich Deering’s estate. Located throughout the garden, decorative marble balustrades frame sculptures and pathways.

These balustrades were exhibiting heavy atmospheric and biological soiling. Mortar joints were open and failing and there were several open skyward-facing cracks. There were multiple balusters from which the orange/white marble inlays were missing. Balustrade rails were displaced and several balusters had become completely detached.

We were engaged by Vizcaya Museum and Gardens to perform surveys and condition assessments, in addition to implementing conservation treatment. We assessed each balustrade individually from which conservators developed CAD plans detailing the conditions and treatment recommendations. We implemented the prescribed treatments which consisted of deconstruction, cleaning, and removing failed previous repairs. Poor-quality cast stone units were replaced with Dutchman repairs from salvaged stones. Missing stones were then replaced with stones that were in-kind. Lastly, the balustrades were reconstructed to be level and true. 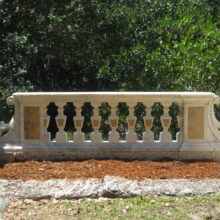 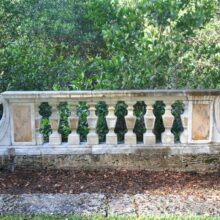 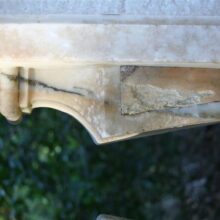 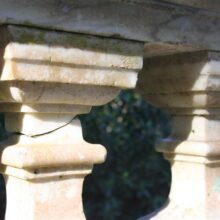 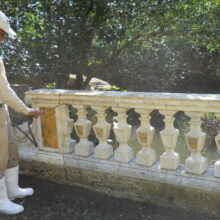 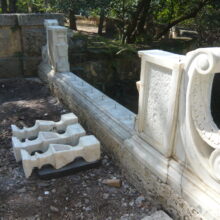