We working under contract with C. A. Lindman were awarded a five year contract to conserve and maintain the marble and granite monument constructed in 1868 on the Pennsylvania State Capitol complex grounds in Harrisburg, Pennsylvania.

Conservation of the structure began with a thorough cleaning of the stone surfaces using an antimicrobial and non-ionic detergent and hot water. Severely weathered areas on the monument were consolidated using chemicals which help strengthen the stone and make it less susceptible to the harmful effects caused by factors which affect most outdoor statuary: weathering, biological growth, and environmental pollutants. All mortar joints were raked out and repointed using a custom color-matched mortar. Inappropriate patches were removed and areas of loss were repaired. All cracks were cleaned out and filled with an injection grout to help prevent the ingress of water. Existing ferrous panel cramps were stabilized using anodic protection that eliminated the need for a more intrusive repair. The three missing eagle heads were replicated and reattached. Three of the four granite steps surrounding the monument base were removed and reset, and corroded anchors used to attach the steps were removed and replaced with stainless steel.

Once the treatment was completed, we provided the client with a detailed conservation treatment report, including the methods and materials utilized during treatment, complete photo-documentation of treatment procedures, and maintenance recommendations which were performed during the subsequent four years of the contract. 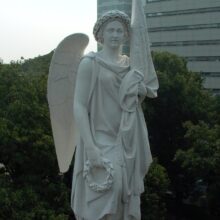 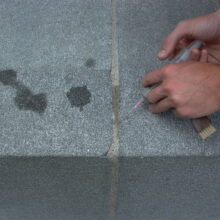 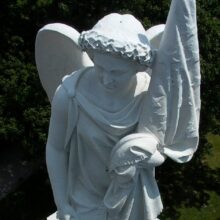 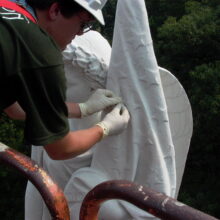 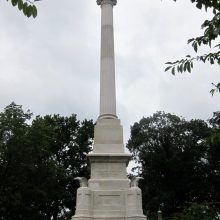