The United States Naval Academy Chapel was built between 1904 and 1908 and was designed by Ernest Flagg, the Beaux Arts architect of the Singer Building in New York City and the Corcoran Gallery in Washington, DC. The building houses a great Tiffany window.

We were contracted by Bell Architects to perform masonry stain identification, removal testing and mortar analysis at the historic Chapel. The exterior of the Chapel includes granite, glazed brick, and terra cotta. The granite had significant discoloration in areas, and the brick and terra cotta exhibited soiling and premature mortar loss. Tests were intended to characterize the conditions make recommendations for cleaning and repointing of the building.

Conservators performed on-site and laboratory testing of materials and conditions to characterize the forms of deterioration, determine causes, and recommend treatments if possible. Cleaning tests were undertaken. FLIR photography was used to indicate moisture migration within the structure that corresponded to soiling patterns. Mortar analysis was performed on both the failed re-pointing and original mortars. The discoloration of the granite was shown to be the result of kaolin formation within the stone that was directly tied to moisture patterns. Testing and results were documented in using scientific and photographic evidence. The findings and recommendations were provided to the client addressing each of the concerns. 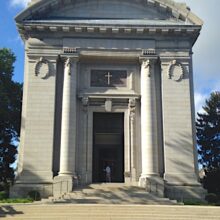 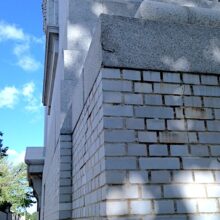 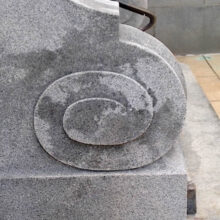 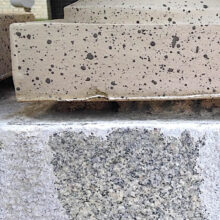 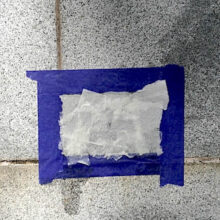