The Neil Simon Theatre was designed by the renowned theatre architect Herbert J. Krapp, and was originally named the “Alvin Theatre” after its producers Alex Aarons and Vinton Freedley. Since its grand opening on November 22, 1927, it’s stage has been home to ninety productions and counting.

In 1985, the Landmarks Preservation Commission (LPC) designated the theatre an interior historic landmark of New York City which “symbolizes American theater for both New York and the nation.”  The LPC report described it as a combination of “Neo-Georgian” and “Adamesque” styles.

EverGreene’s relationship with the Neil Simon started with an emergency plaster repair in February of 2019. In March and April of that year, EverGreene was asked back to do a full finishes analysis of plaster and paint. Conservators extracted samples of the paint and finish in selected areas, and created exploratory exposures to reveal what was under the top layers of paint. The investigation findings helped discover the theatre’s historical paint, document its decorative highlights, and inform our design decisions. The Mural above the proscenium was conserved, and our next step was to design a new interior to complement the original mural and the building’s history. Notable elements include a series of grisaille trompe l’oeil murals that echoed the Adamesque relief, the digital design and printing of new wall coverings, extensive leafing, glazing, and restoration of the scagliola. 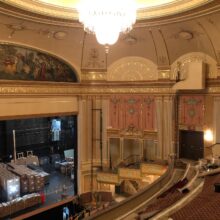 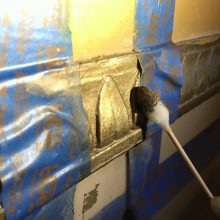 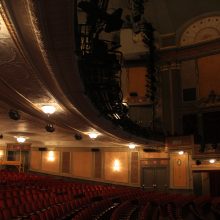 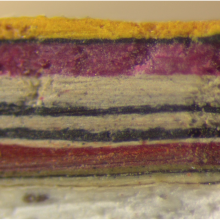 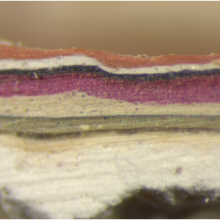 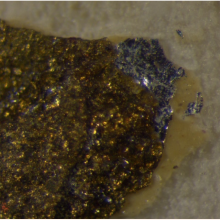 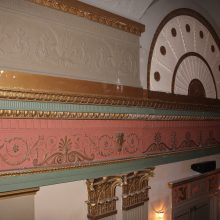 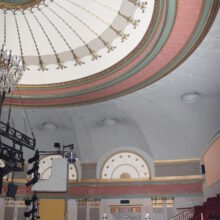 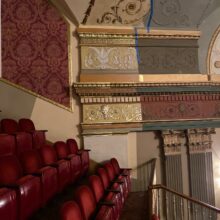 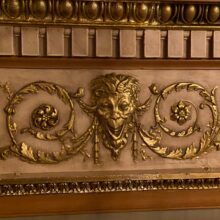 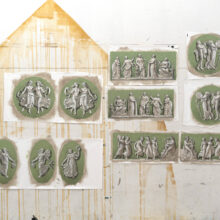 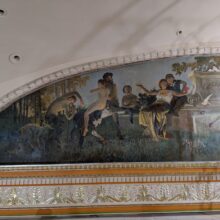 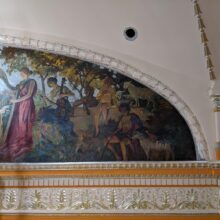 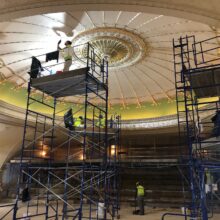 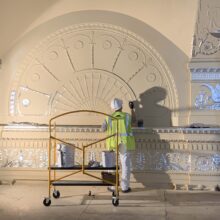 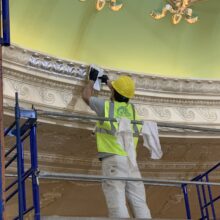 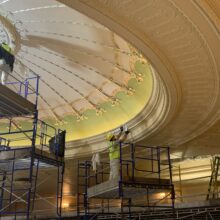