The Cathedral of Our Lady of Perpetual Help

Our Lady of Perpetual Help reached out to EverGreene in 2015 to begin the process of renewing the building. Since 1931, the Cathedral has suffered post-historic interventions to its liturgical artistry program: the high altar had been removed and a secondary painting campaign undertaken which fell short of inspiring a sense of the heavenly Jerusalem.

EverGreene, along with the Our Lady of Perpetual Help team, began the renewal process by looking for inspiration in the historic photos, the current space, and in other cathedrals around the country. The existing church had a beautiful icon of Our Lady of Perpetual Help which was in need of conservation as well as artwork around it to ground it. The congregation was also inspired by the American Saints Mural that EverGreene designed for St. Joseph’s Co-Cathedral in Brooklyn, NY, which engaged the local landscape and people with causes for sainthood.

It was decided that a similar mural representing the history of the Oklahoma City Diocese and the people of the Our Lady of Perpetual Help community and which integrated the icon would be designed. One side of the mural includes imagery of Oklahoma City proper: The old Cathedral, the survivor tree from the Oklahoma City bombing, the current Bishop, and the Vietnamese Martyr who represents the large Vietnamese population of the Cathedral and the surrounding area.  The other side of the mural represents the rural areas of the Oklahoma City diocese. This side of the mural shows windmills, silos, the Indian blanket flower which is native to the region, notable figures from diocesan history as well as Blessed Stanley Rother. Father Rother was an Oklahoma native who has a cause for sainthood and for whom a shrine is currently being built in Oklahoma City. EverGreene also designed artwork for a small devotional area to Blessed Stanley Rother within the cathedral which includes two vertically oriented murals featuring scenes from the life of Father Rother; including the founding of the radio station, the founding of the hospital, and Father Rother standing in solidarity with the people of Atitlan.

This project was completed in collaboration with Rambusch Decorating Company, hired for the design of new lighting and liturgical furnishings for the Cathedral.  Additionally, Rambusch assisted with salvaging and renewing an altar from a decommissioned church so that Our Lady of Perpetual Help could get their high altar restored. 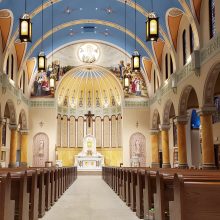 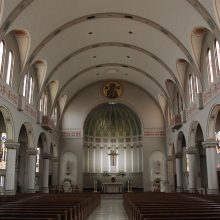 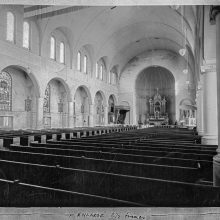 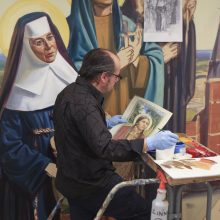 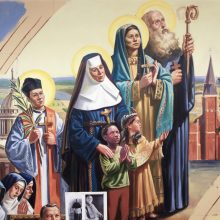 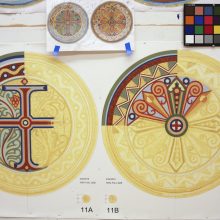 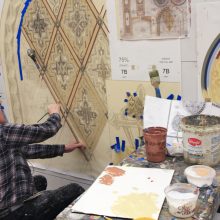 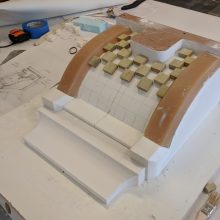 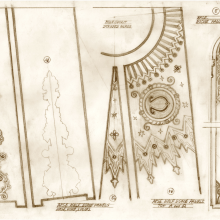 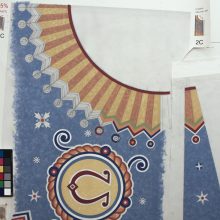 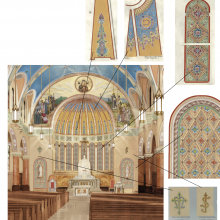 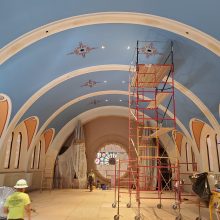 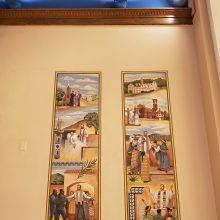 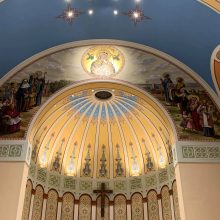 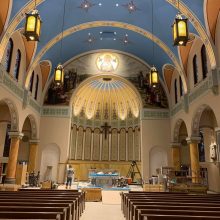