Fort Moultrie is one of the fortifications on Charleston Harbor that played an important role during the Civil War. In continuous operation until the Cold War, the fort now displays historic military artifacts and cannons within the fortifications. The site is now operated by the National Park Service.

The seaside location has exposed the metals of the cannons and outdoor architectural metal elements to severe deterioration. Wind driven sand and salt spray have battered and degraded coatings. The site was submerged by the tidal surge during Hurricane Hugo in 1989. Despite substantial reconstruction and regular maintenance efforts since the 1970’s, signs of deterioration were becoming endemic on the metals at the site.

Our conservators collaborated with a team of preservation architects and the staff of the Clemson Conservation Center to assess the conditions and provide treatment recommendations to preserve the cannons and structures. On-site observations were augmented by testing of the coating cohesion, thickness and adhesion to the substrate. Along with cleaning and coating system suggestions suitable for this site, a series of recommendations were developed to provide a range of treatments for the park managers, from regular maintenance to full scale conservation. 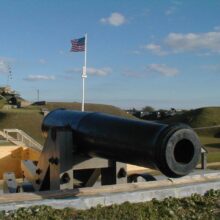 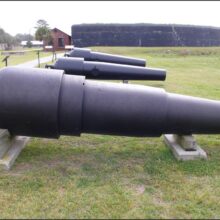 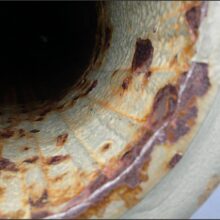 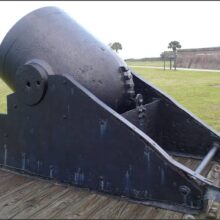