Despite having completed a major renovation only a few years earlier at Roper Theater, a number of condition problems had developed at this former movie palace. Issues included extensive areas of peeling paint and cracking plaster. Other elements that were examined included tile, wrought iron and murals painted on canvas.

We were contracted to investigate and identify the causes of this newly manifested deterioration, and provide recommendations for corrective action. We were able to quickly focus on the confluence of the historic gypsum plaster and a modern HVAC system. The resulting report outlined the factors contributing to the condition problems, remediation plans, and where necessary, recommendations for additional study.

The final recommendations stressed the maintenance of those features important to the historic character of the Roper Theater. The report also supported the acceptance of certain aspects of an aged appearance, thus avoiding the expense of recreating finishes that were difficult to access and labor intensive unless absolutely necessary. This approach helped keep projected repair costs within reason. We interfaced with the client’s cost estimator so that a scope of work could be developed within an achievable budget. 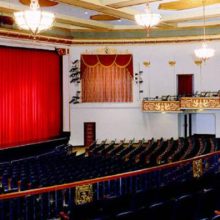 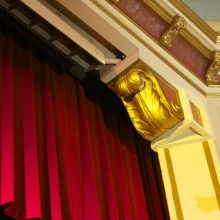 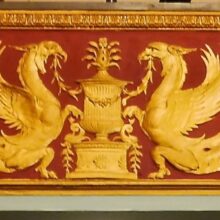 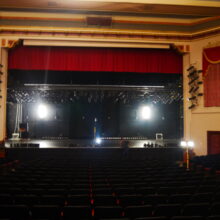