By the time Hurricane Katrina devastated New Orleans and dumped 20 feet of water in the Sanger, the 4,000-seat atmospheric theater had already been modified several times, neglected, and lost its luster. But the $52M restoration and renovation of the Saenger Theatre, beginning in 2011, would become a success story for recovery.

Working with longtime collaborators ACE Theatrical Group and Martinez & Johnson, EverGreene restored the opulent interior of the Italian courtyard-inspired auditorium and grand lobby. Our work began by completing a Historic Finishes Investigation and Analysis that revealed the original colors and finishes which were mocked up for review and approval by the design team and State Historic Preservation Officer. Once approved, EverGreene cleaned the marble and restored the flat and ornamental plaster, decorative paint, gilding, and specialty finishes. The ceiling colors were selected to recreate the “sky” – which has twinkling lights, clouds, and a rising and setting sun – and the walls.

The Saenger reopened in September 2013. 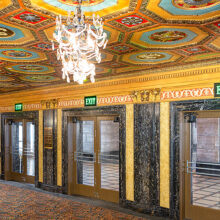 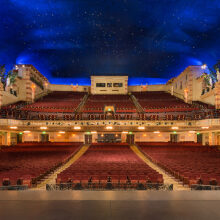 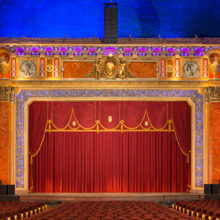 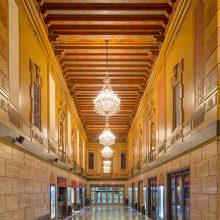 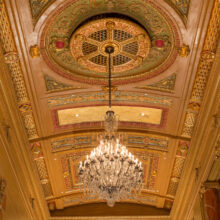