Untitled (Four Arches), by Sam Falls, was commissioned by High Line Art and was presented by Friends of the High Line and the New York City Department of Parks & Recreation. The work consists of four free-standing arches made of ceramic tiles and railroad tracks. The ceramic tiles are fired and glazed, and were made by Falls pressing plants from his garden into the clay. The arches were meant to symbolize the passing of time, represented by the four seasons. They were on display in New York City for two years between 2019 and 2020. They were moved to storage for a period of time before being installed in 2021 in Boston, Massachusetts, spanning a walkway in Eastport Park near Seaport Boulevard.

EverGreene was retained by the Corporate Art Group of the Fidelity Real Estate Company to perform a conditions assessment of the Sam Falls arches. It was found that the work was in poor condition overall due to corrosion of the steel railroad ties, and a lack of room for expansion and contraction of materials; the tiles were becoming disconnected from the mortar beds, and the tiles themselves were cracking. According to the client, the tiles began to detach while still on exhibit in New York in 2019-2020; some repairs were made at that time, but were unsuccessful in the long term. It was determined that immediate intervention was required if the works were to continue to be on display outdoors.

Our onservators were tasked with the remediation of the installation. The tiles were taken off of the rails and all mortar was removed. Any broken tiles were cleaned and re-adhered. The failed substrate on each arch was removed without removing the metal lath. The lath was treated to remove corrosion and treated with a corrosion inhibitor. Fresh mortar was applied and the tiles were reinstalled in their appropriate locations. 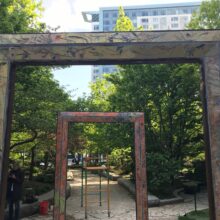 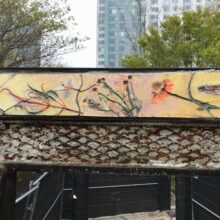 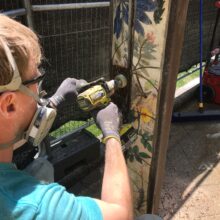 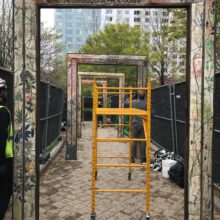 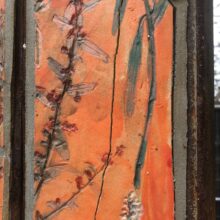 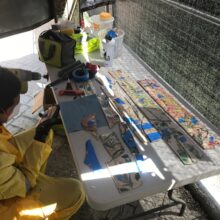 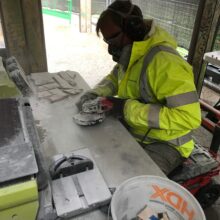 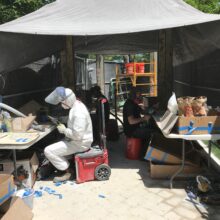 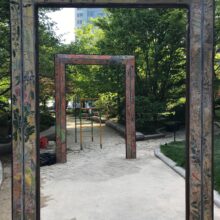 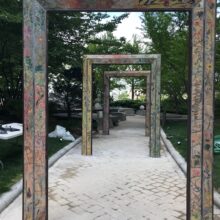 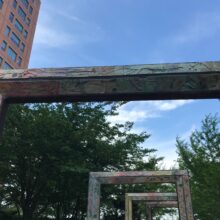 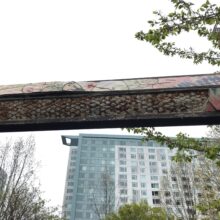