The Joseph Henry statue exhibited deterioration typical of under-maintained bronze. Failure of the previous wax coatings and the resulting light green corrosion products from exposure were visible on the statue’s upper surfaces, while built-up remaining wax and brown and black corrosion products were present on the undersides and in folds and crevices, creating a stark contrast and resulting in an inconsistent appearance. The Baird statue, in comparison, was in relatively good condition, exhibiting failure of the previous wax coatings on upper surfaces, but with only minimal corrosion.

In 2006, we performed conservation treatments on both statues. The Henry statue was stripped of its existing wax coating using pressurized hot water; any remaining coating was removed using a combination of heat and solvent wipes. The bronze was then washed and waxed, as above. Mineral pigments were used in the wax mixture to help blend together the areas of varying tone, and provide a coherent appearance. The Baird statue received a gentle detergent wash followed by a rinse with low-pressure water. The bronze was then heated and coated with a hot-applied wax, and the granite base was treated using a non-ionic surfactant and a solvent-based gel stripper. 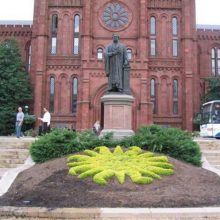 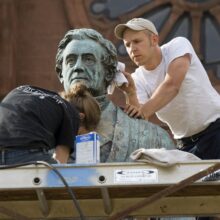 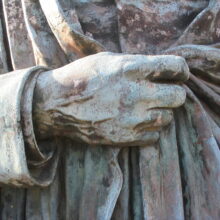 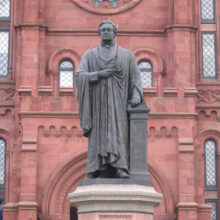 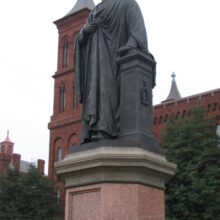 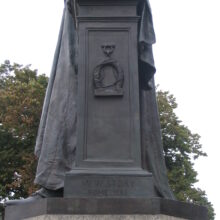 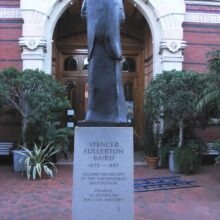 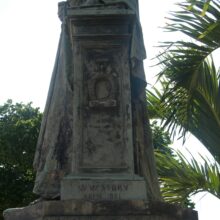 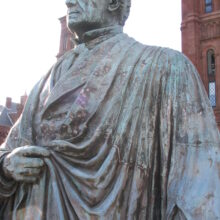 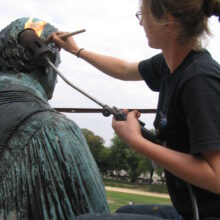