Brooklyn, NY
In 2014, EverGreene was commissioned to complete a comprehensive restoration and renewal of St. Joseph’s Co-Cathedral which included the design and implementation of new liturgical furnishings. EverGreene partnered with trusted artisans, Ratigan-Schottler Manufacturing (wood) and Wild English (marble) to bring our designs to fruition.
St. Joseph’s was originally a parish church that was elevated to a co-cathedral in the Brooklyn Diocese in 2013 and adjustments to the liturgical furnishings were needed to make the church fitting for the liturgical functions of a cathedral. One of the biggest changes that had to be made to the layout was to reconfigure the pradella so that the candidates for the priesthood could lay prostrate in the sanctuary during the ordination mass. The church was originally using a temporary wooden altar of sacrifice which was cover the beautiful Last Supper decoration on the High Altar. To better showcase this original historic artwork, EverGreene designed a new altar of sacrifice which incorporated that artworks panel, as well as a simple but appropriate new facade for the high altar.
Other adjustments or new furnishings included adding a new canopy to the cathedra which was from the Cathedral Basilica of St. James, new confessionals and choir stalls, and a new stair configuration and shell canopy for the ambo, which were made out of lightweight material and marbleized. 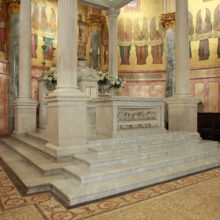 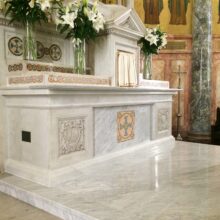 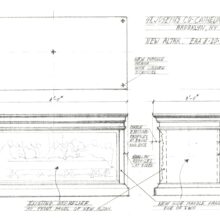 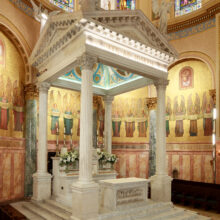 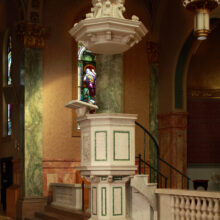 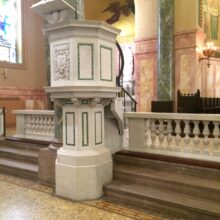 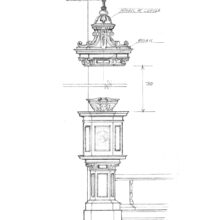 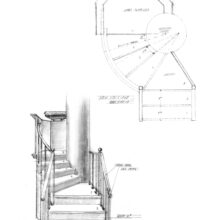 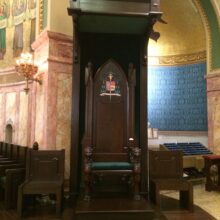 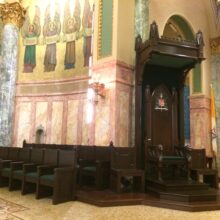 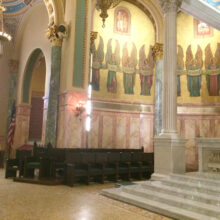 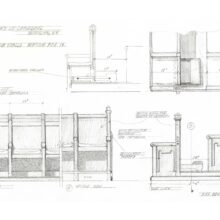 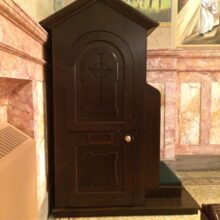