On its 100th anniversary St. Joseph’s Parish (Berlenbach 1912) was in rough shape: Mass was celebrated in the rectory because fonts would freeze over in winter and water infiltration caused crumbling plaster. Despite tarnished finishes, illegible artwork, and deleterious conditions, St. Joseph’s had very good bones.

Originally built as a parish church to accommodate the growing Irish immigrant population in Brooklyn, in 2013, His Holiness Benedict XVI elevated St. Joseph’s to Cathedral status significant work was necessary to prepare for completion in time to host the 2014 ordinations. EverGreene was commissioned to perform a historic finishes investigation and plaster survey, develop a new liturgical artistry program, implement a comprehensive restoration/renewal, and modify the sanctuary to accommodate the liturgical requirements of a cathedral. EverGreene’s Design Team creative problem solving freed up funds to expand the art program.

The Diocese of Brooklyn celebrates Mass in over 40 languages. A key objective was for the Cathedral to represent the people it serves. Our artists painted 22 unique depictions of the Madonna, patroness of countries well represented in the diocese, and a new American Saints mural including familiar landmarks and four New Yorkers with causes for sainthood. Mass was celebrated beneath the scaffold on Sundays throughout construction.

More than twenty-five figurative murals and over 100 decorative murals grace the renewed co-cathedrals interior including: 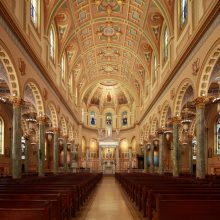 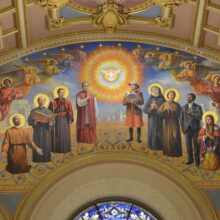 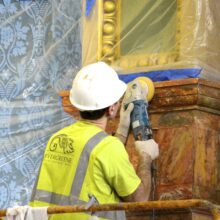 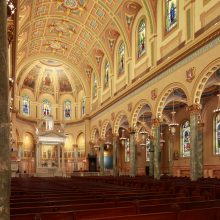 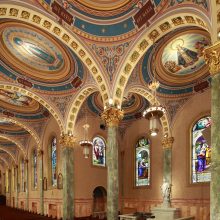 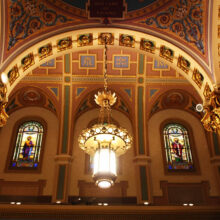 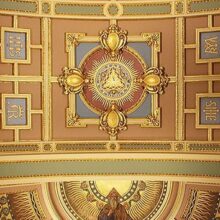 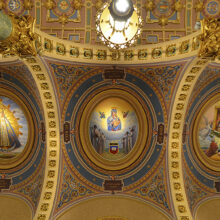 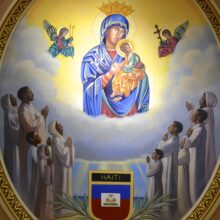 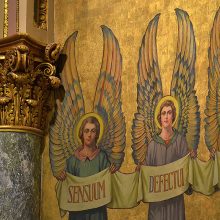 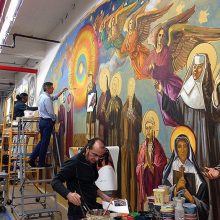 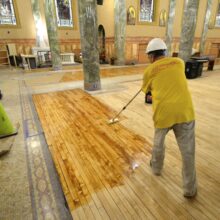 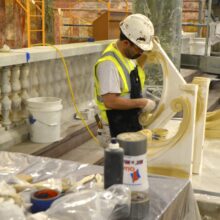 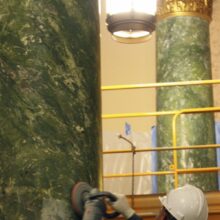 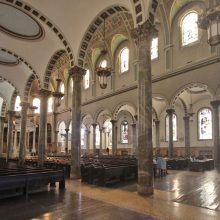 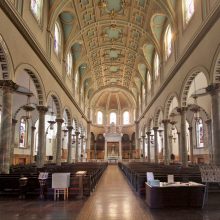 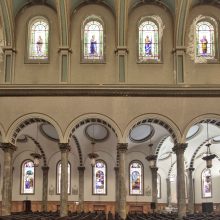 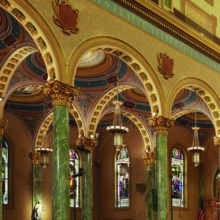 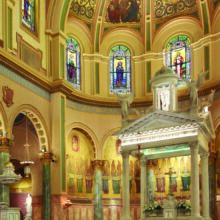 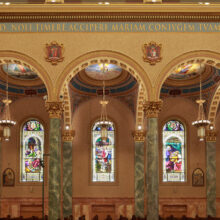