Ukrainian Greek Catholics began arriving to the United States in the early 1880’s with the intention of returning home after saving money. Many found jobs in mining, and they decided to stay in Carteret, NJ. As these immigrants were searching for political and religious freedom in the 1940, belonging to a church was crucial for them. After exploring the religious scene in the area, accompanied by a new wave of Ukrainian immigrants, they decided to form their own community in 1949, naming it St. Mary’s Ukrainian Catholic Church. It was established as a Byzantine (Eastern Catholic) Rite church in full communion with the Pope of Rome and is affiliated with the Ukrainian Catholic Archeparchy of Philadelphia, PA. In 1954, after cooking and selling thousands of vareniki, the community realized their dream, raising sufficient funds to erect the St. Mary’s Church building.

Weeks before Christmas, in 2018, the church devastatingly suffered a fire destroying much of the interior of the 64-year-old church, except for the brick skeleton of the building. Pews, dais, and stained glass windows were all destroyed in the fire. Our conservators went to the church to salvage all of the artwork possible and determine which pieces required restoration to return this sacred space into pristine shape.

To accomplish this, our scope included mural conservation and restoration, stenciling, and plaster conservation. For unrepairable murals, our artists replicated them to look like their originals. We removed upper flat central wood backing from the Iconostas and reconstructed portions of frames and new hardware for re-installation of pieces. 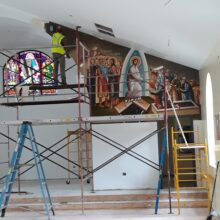 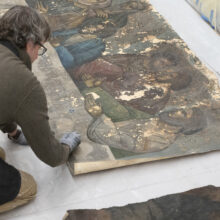 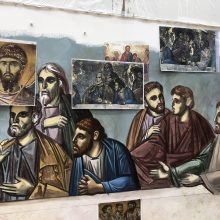 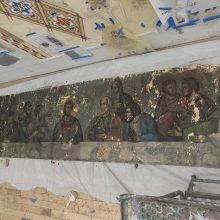 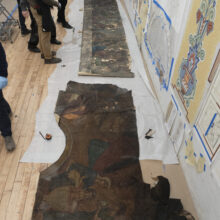 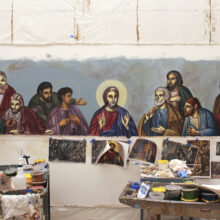 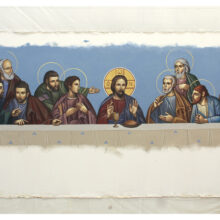 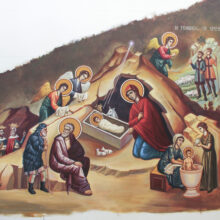 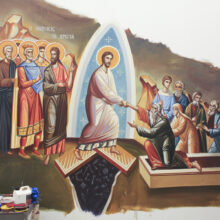 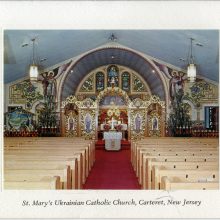 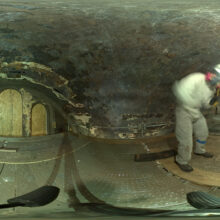 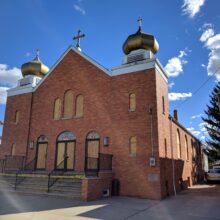