Salon Doré, one of the finest examples of French Neoclassical interior architecture, originally served as the salon de compagnie, a receiving space for guests. Guests in this venue were received by rank, and all attendants understood the protocols of where they ought to be in the room.

Originally housed in the Hotel de la Tremoille, Paris, France in 1781, the Salon Doré has been relocated six times. It faced near-destruction three of those times. The room has now been restored and, as of 2014, reinstalled in San Francisco’s Legion of Honor Museum. The Salon is an all-encompassing environment, harkening back to the reign of Louis XVI with 18th century-style furnishings arranged according to its original floor plan.

Our team acting conservation consultants on this project and advised on the historical authenticity of particular paint types. The Salon Doré is currently one of the oldest spaces to which our conservators have lent their expertise. 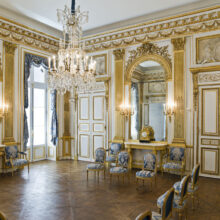 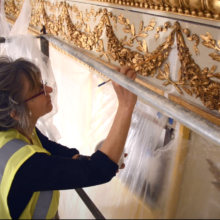 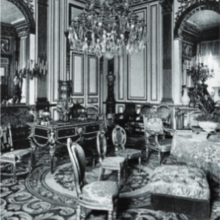 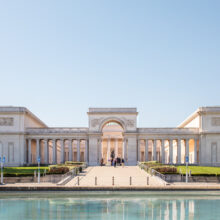