Few structures are more iconic than the United States Capitol, and the building’s crowning feature is the neoclassical dome designed by Thomas Walter. While the dome is still as stunning and impressive today as when it was completed in 1866, the years of wear had taken their toll. Over time, water leaking through the Capitol Dome and into the building caused more than 1,000 cracks, damaging paint, cast iron, stone, and decorative elements in the Rotunda. A massive effort to restore the dome began in 2012 and was executed in multiples phases before the 2017 presidential inauguration.

We were brought in to restore the historic decorative paint in its interior as well as the plaster and paint in the Bulfinch staircase and skylight. Our conservators conducted an investigative survey of the dome’s current condition through visual evaluation and microscopy to develop a restoration plan for the impressive monument that would also allow the rotunda to remain accessible to the public.

The EverGreene team began the dome restoration in May 2015. Our craftsmen used a combination of traditional and modern techniques to restore the damaged ornamental plaster and decorative paint and glazes on the interior of the dome to their historic appearance. Extreme care and diligence were taken to ensure that as much of the original finish as possible was preserved. We completed this phase of the project in October 2015. 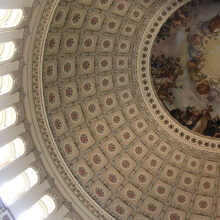 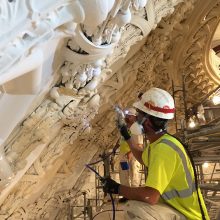 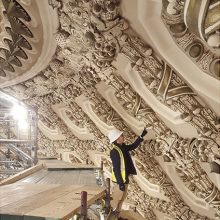 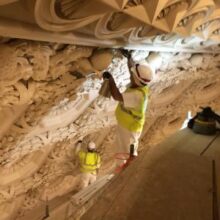 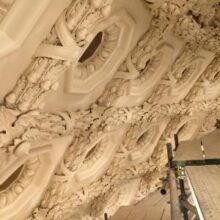 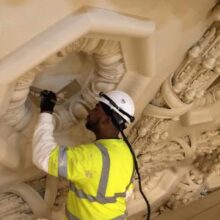 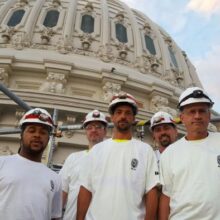 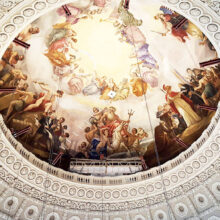