The Virginia Holocaust Museum acquired this 1930’s German boxcar in 2003 and placed it outside the entrance of the museum for visitors to explore. The boxcar resembles the Gedeckter Guterwagen (covered truck) that is described in numerous German historical references. These covered trucks were built for use as factory transport for German private and state railways, and during the Second World War were used to transport military equipment and victims of the Holocaust.

At the time of acquisition, the truck was suffering from material deterioration, including wood rot, metal corrosion, and paint failure. Much of its original finish and construction had been obscured by over-painting and reconstruction, and it was difficult to discern what of the original assembly remained.

We were contracted by the Virginia Holocaust Museum to conduct a condition assessment of the boxcar. Paint samples were taken from wood and metal elements for testing and analysis in order to determine the original paint scheme and to identify the presence of replacement materials. Existing conditions were recorded on base drawings. A conservation condition report was generated to describe current conditions along with the nature and possible causes of deterioration.

The report included a treatment proposal that outlined stabilization procedures, proper storage and display requirements, materials and methods recommended for stabilization, and budgetary costs for the conservation of the artifact. Additionally, an effort was made to determine if the car was used for the transport of Holocaust victims. 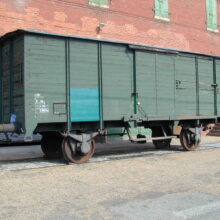 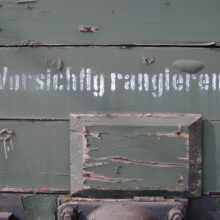 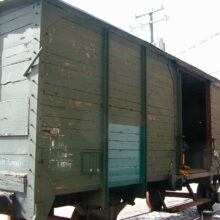 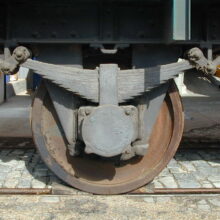