Vizcaya was the winter residence of American industrialist James Deering from December 1916 until his death in 1925. In addition to its Italianate villa, impressive holdings of decorative arts, and bayfront location, Vizcaya also boasts expansive gardens that combine elements of Renaissance Italian and French designs. This includes a major collection of garden sculpture imported from Europe to enrich Deering’s estate.

During a multi-year contract to treat all of the outdoor sculpture at Vizcaya Museum and Gardens, we conserved numerous Italian Baroque sculptures carved of Vicenza and Istrian stones. These statues originate from the Veneto region of Italy and typically represent figures from classical mythology such as Neptune, Venus, Bacchus, and others. They comprise a large and significant portion of the collection, in addition to numerous architectural elements, antique relics, and custom-made pieces crafted locally from native coral stone.

The sculptures have undergone numerous prior repairs, both before and after being imported to the US. They are also vulnerable to the hurricane-prone and humid sub-tropical climate of Miami. A careful assessment and pre-treatment report was prepared for each individual sculpture, outlining the location and extent of planned repairs. A treatment program was developed for each sculpture with input and feedback from the curatorial staff. Overall, the typical range of treatments included: reversing failed fills, removing failing iron pins and mounts, structural reinforcement, re-creation of lost elements, patching, injection fills and cleaning. The process provided an opportunity to conserve the entire extraordinary collection at one time in an effort to bring it as close as possible to its condition at the time it was originally installed at the mansion. 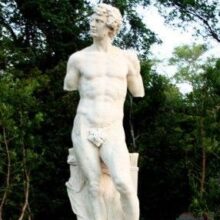 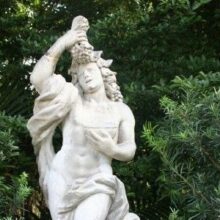 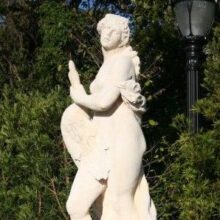 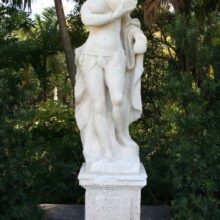 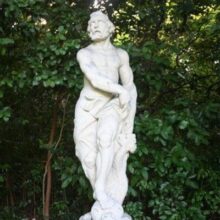 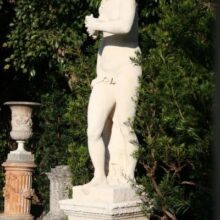