The two Gypsum Assyrian relief panels at the Virginia Theological Seminary (VTS) are originally from the Temple of Nimrud near Mosul, Iraq. The site was excavated between the 1840s – 1850s by the British archaeologist Henry Layard. The panels were acquired by a missionary, Haskell, associated with the VTS.  With the construction of the new library at the Seminary in the 1960s, the panels were fully on display.

The Assyrian relief panels have been moved to Key Hall, as part of a rehabilitation plan for the historic structure, where they are displayed in custom-designed and climate-controlled cases, with increased accesses to VTS visitors and scholars. As part of this work, our conservation team was contracted to assess, document, and treat the two reliefs, as well as carry-out historical research of the panels. Though it is unlikely they are an original pair, the panels mirror each other, depicting two hawk-headed figures that stand on either side of a sacred tree, with a large section of cuneiform script overlaying the bas-relief carved details.

Following an initial condition assessment, our conservators began the current treatment program of overall cleaning, stabilization of deteriorated sections, removal of previous failed repairs, and installing stainless steel pins to a larger broken section. Work was completed in phases, to ensure the panels are stable prior to transport to the new location. The treatment program and the coordination for new climate-controlled cases were completed in Fall 2019. 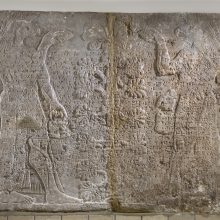 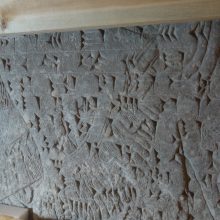 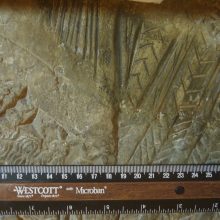 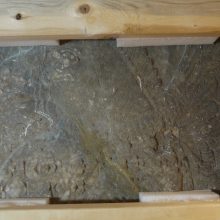 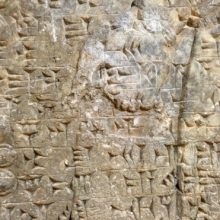 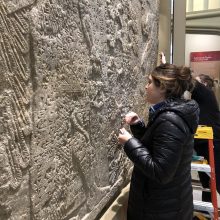 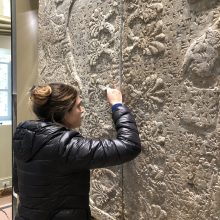 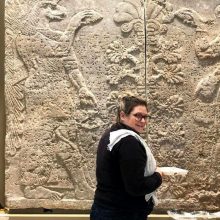