Built between 1886 and 1890 by architects David W. Gibbs and William DuBois, the Wyoming State Capitol symbolizes the spirit of the people of Wyoming and is historically one of the most significant buildings in the state, being designated as U.S. National Historic Landmark in 1987. One of the most remarkable points of the state’s historical timeline occurred on December 10, 1869, when Wyoming passed the first suffrage act in the United States permanently granting women the voting franchise and the opportunity to hold office.

The beautiful example of the Renaissance Revival architecture was exposed to substantial water damage, requiring a massive restoration throughout the building.

In 2015, EverGreene was contracted by JE Dunn to conduct preliminary investigations of historic paint finishes at selected interior spaces of the building. Approximately 80 exposure windows were created with the goal of revealing decorative painting campaigns for microscopic analysis, that further supported restoration and design decisions.

In the corridor on the first floor, EverGreene replaced the missing wall and ceilings with new plaster and repaired damaged beam casings. Throughout the rest of the historic areas, our craftsmen restored and backfilled voids created when the tile was removed prior to skim-coating. Further, EverGreene produced a molding of the capital on the first floor of the West Wing. The opening of the corridor was restored to its original grandeur, providing a welcoming entrance to the new public meeting rooms.

The completion of the four-year, $300-million restoration of the historic building was celebrated at the grand opening on Statehood Day on July 2019. 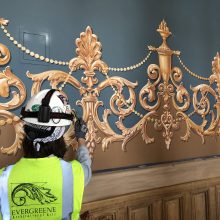 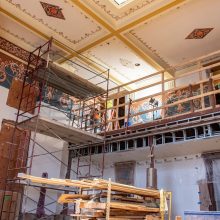 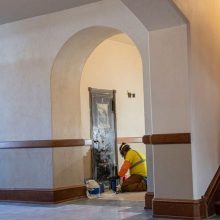 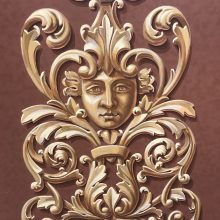 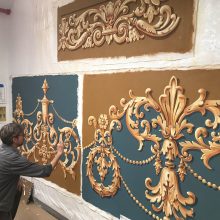 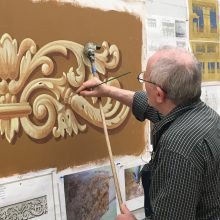 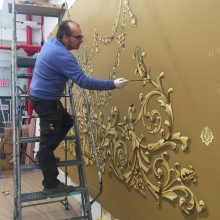 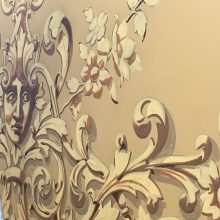 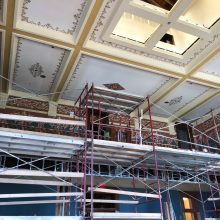 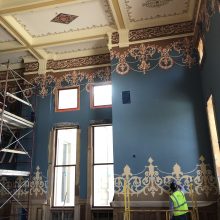 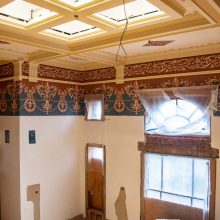 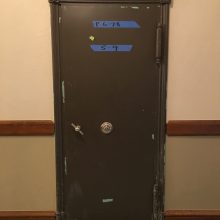 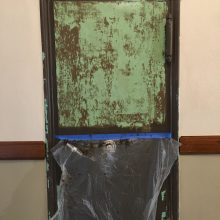 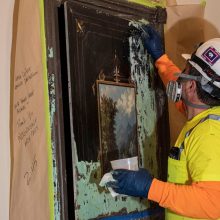 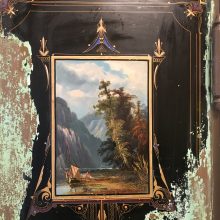 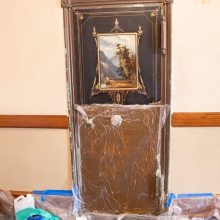