When the Yale Club of New York City opened at its current location in 1915, the 22 story building became the largest clubhouse in the world. The neoclassical clubhouse designed by James Gamble Rogers has over 11,000 members consisting of generations of faculty and alumni. On the 20th floor, there is a 3,066 square foot Grand Ballroom used for events like weddings, banquets, and conferences. In 2015, EverGreene was brought in to restore this space to the grandeur it’s members are used to.

Our team started with a full plaster survey and finishes analysis. The next step was to move on to painting mock-ups that utilized a color scheme informed by our findings. The EverGreene team then carried out our recommendations for the space, and restored all ornamental plaster and paint in the 20th-floor ballroom. To replace damaged plaster ornament, molds were made of existing plaster and then recast for use in replacing areas with irreparable damage. 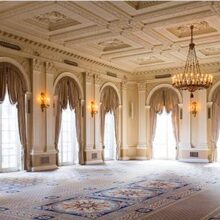 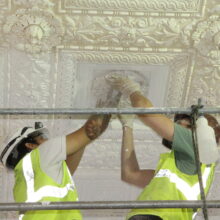 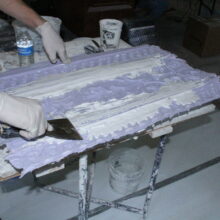 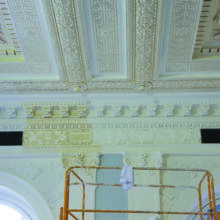 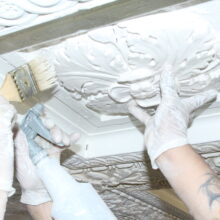 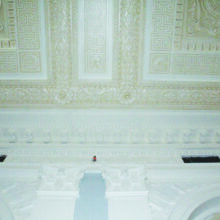 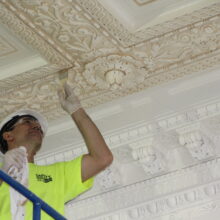 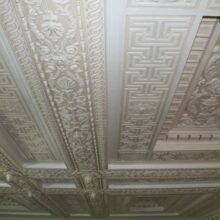 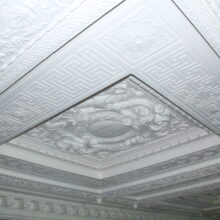 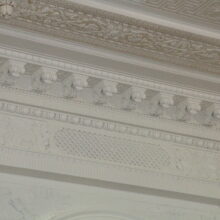 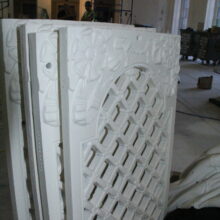 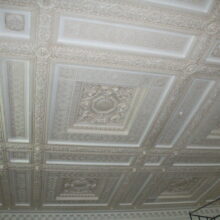 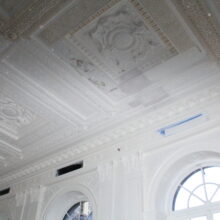 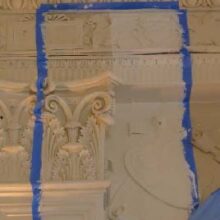 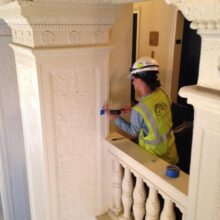