Two cast nickel bronze sculptures by Adolph Weinman are displayed within niches in the Fifth Avenue façade of the Museum of the City of New York. Weinman was the creator of many fine works of architectural sculpture including those on several State Capitols and the Supreme Court Building in Washington, DC. The two sculptures depict two heroes of early New York City history: Alexander Hamilton and Dewitt Clinton.

We were contracted to assess the condition of the two sculptures and then treat them based on the results.

A variety of tests were performed to understand the material composition and assist in determining a treatment plan. These included;chemical cleaning tests, portable x-ray florescence, ground penetrating radar. Detailed test results, analysis, and recommendations were provided to the information needed to implement the findings.

The works were removed from the niches and brought to our Conservation Studios in Maryland. Each was carefully cleaned of a thick corrosion layer, stabilized and then patinated to match the historic original intended color of “aged silver” as stated in the artist’s records. Each was then coated with a conservation grade lacquer and returned to its niche. 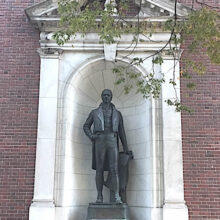 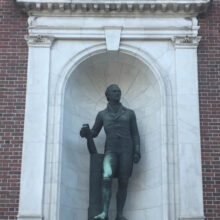 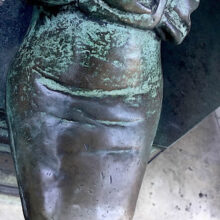 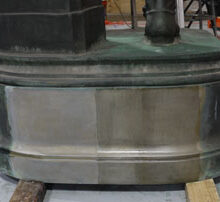 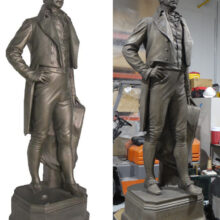 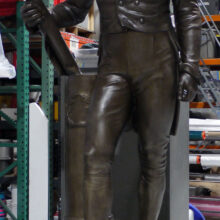