Traditional center for the arts and crafts movement in western North Carolina, the City of Asheville has made a serious effort to enrich its public spaces with commissioned works of art that tell of the city’s history and culture. Although the city has several traditional monuments to military and political leaders, much of the more recently installed works are light-hearted and idiosyncratic. They include a series of stops on an urban trail that winds through downtown with markers illustrating many aspects unique to this lovely mountain site. Set into pavements or building facades, with arrows directing the visitor and a guidebook, the works of art provide a lively decorative addition to the cityscapes.

Although mostly of recent construction, some deterioration of the collection had been noted. Acts of vandalism also led to damage and loss of elements. As part of their commitment to preservation, the city commissioned us to survey the entire collection, catalog its component elements and materials, and provide guidance for preserving it.

All works were inspected, documented, and a catalog of the existing conditions was developed. Areas of loss or deterioration were documented. The mountings and sites were studied and recommendations were made for improvements to reduce the potential for theft or further vandalism. The severity of conditions was ranked and prioritized. Recommendations for treatment and budgetary costs were included with the report. 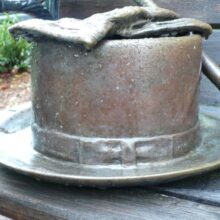 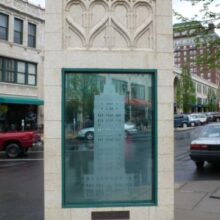 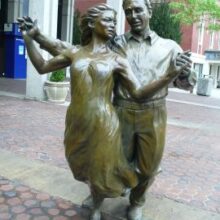 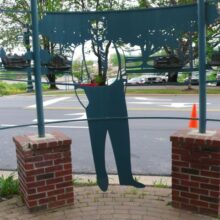