The RMS Carpathia made her maiden voyage on May 5, 1903 from Liverpool to Boston, and sailed between New York, Trieste and numerous Mediterranean ports. On Sunday evening, 14 April, 1912, Carpathia was on her way from New York to Gibraltar when she received the RMS Titanic’s distress signal. By 4:00 am the nearby Carpathia reached the Titanic, rescuing 705 of the 2228 people on board. With the onset of World War I, Carpathia was part of a convoy when she was torpedoed on July 17, 1918, off the east coast of Ireland by a German submarine. The HMS Snowdrop rescued 157 passengers and the surviving crew the following day.

The location of the Carpathia off the south coast of Ireland has been known since 2000, however, at a depth of 500 feet, survey and recovery from the wreck-site was limited to remote operated vehicle equipment. The first salvage expedition to collect artifacts was undertaken in August 2007 by Premier Exhibitions, Inc. , the same company with salvor-in-possession rights to the Titanic wreck-site.

The first expedition recovered nearly 100 objects, including engine telegraphs, portholes, binoculars, china, and wine bottles. These objects were delivered directly from the ship to our studio in Maryland. The artifacts were treated by first desalinating them using a combination of electrolysis and ultrasonic cleaning methods, after which they were cleaned, dried, and appropriately protected for inclusion in an upcoming exhibit. 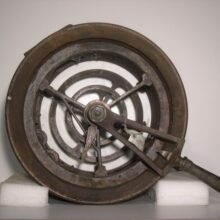 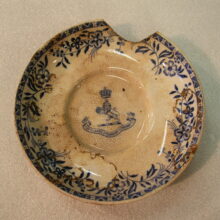 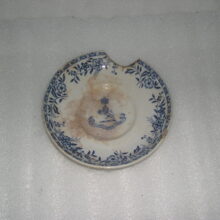