The Christopher Columbus Monument, built in Pueblo, Colorado in 1905 and listed on the National Register of Historic Places, holds the symbolic value to the Italian-American heritage movement. Funded by donations from the Italian-American community across America, it was the first monument west of the Mississippi River to honor the explorer of the Age of Discovery. The monument is built of sandstone with projecting reliefs of the two hemispheres, and an intricately carved Coat of Arms featuring an eagle, the Italian and American flags, Shield of Genoa, and two shaking hands to symbolize friendship between the United States and Italy. Atop the stone base sits a large, bronze bust of Christopher Columbus.

Although generally in good condition, the monument had never received an overall restoration. EverGreene restored the monument in preparation for its rededication at the annual Christopher Columbus Day ceremonies in Pueblo.

Restoration efforts included cleaning the monument, mortar analysis and repointing all mortar joints, crack injection, patching losses in the sandstone, and cleaning the bronze bust. A protective coat of hot wax was applied to the bronze. The Coat of Arms had been painted multiple times, and the excessive paint was obscuring some of the details of the delicately-carved stone. After performing an investigation to determine and document the historical color scheme of the shield, all paint was stripped and the shield was re-painted. 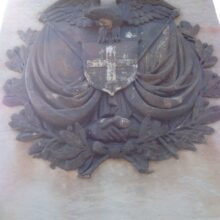 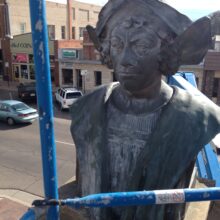 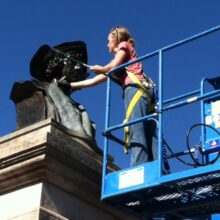 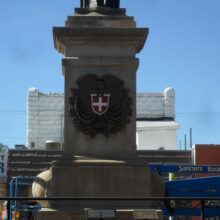 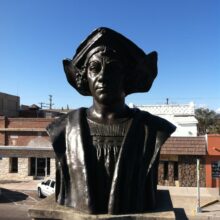 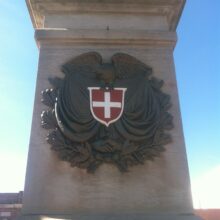