One of the most dangerous aspects of the Cold War for the United States was maintaining accurate information about the on-going threat of the Soviet Union’s nuclear arsenal. With only minutes separating launch and devastating impact of long-range ballistic missiles, security demanded accurate and timely intelligence on weapons installation sites as early as possible. The Corona Camera program was designed to provide images of Soviet sites by sending a satellite camera over the target area. Rotating cameras produced high resolution panoramic film images but the reels of exposed film had to be collected for processing before the information could be used. The parachuting nosecone that held the film was snatched from the sky as it re-entered the atmosphere. Amazingly, the complex technology worked. Between 1959 and 1973, hundreds of flights provided knowledge of Soviet activities, lowering tensions from uncertainties that could have led to war.

The Smithsonian Institution’s National Air and Space Museum has the only known surviving example of a Corona Camera on exhibit in their Washington, DC galleries. We were contracted to assess and preserve the camera. After disassembling elements from their display stand, the film canisters, nosecone, film transfer devices and heat shield were studied in our studios before treatment. All were then cleaned of soiling using vacuums and mild detergent solutions. Corroding materials were removed or stabilized. Deteriorating metals were carefully treated with metal brighteners and corrosion inhibitors. Battery terminals were cleaned and isolated to avoid on-going deterioration. The gold-plated nosecone was cleaned and polished. The ablative heat shield was cleaned, stabilized, filled and in-painted. The treated components were then returned to the museum and reinstalled on the frame that had been treated by the client. 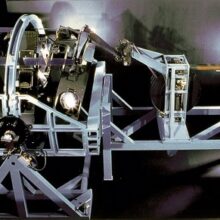 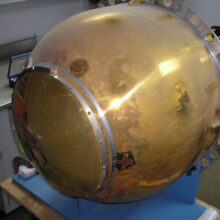 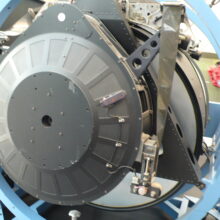 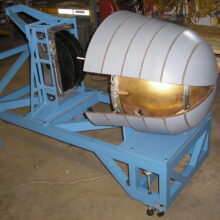 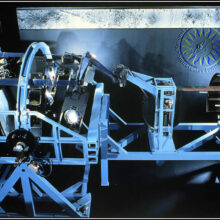