EverGreene conservators have been working at Delbarton on the preservation and maintenance of their collections for almost a decade.  We returned to carry out a condition survey of the outdoor sculptures located around the pergola and towers. During this assessment, we identified that some of the sculptures require interventive treatment.  The goal of this treatment was to stabilize the noted conditions, not a full restoration.

This included treatment to the three sculptures in the north tower, the single sculpture in the south tower, and the two busts on the south wall (which was once in storage).  For this treatment, the three full sculptures of Hadrian and the two headless female figures were stabilized, cleaned and re-set.  The three busts were initially scheduled to receive a larger treatment program but upon closer review we recommended that even with treatment, those pieces should not be on outdoor display any longer.  It was agreed they be removed, stabilized, and casts be made for display – while the original pieces went into storage.

The replica casts were made by molding the original busts and casting them in Glass Fiber Reinforced Concrete (GFRC).  These were then mounted in their original locations outside.  The original Roman busts receive limited stabilization and cleaning to prepare for the molding process, then crated and returned to site for future full-scale treatment.

This work on the sculptures was completed as a two phased approach. 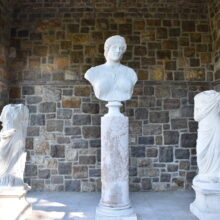 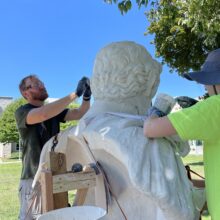 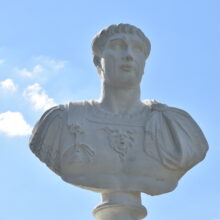 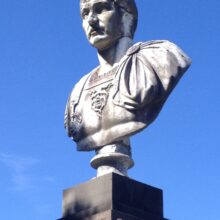 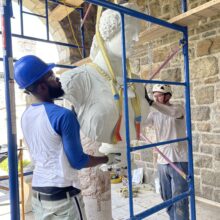 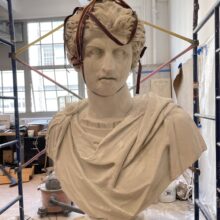 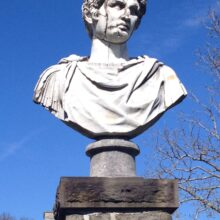 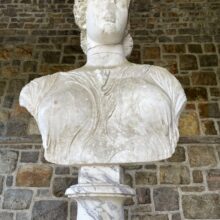 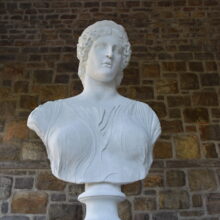 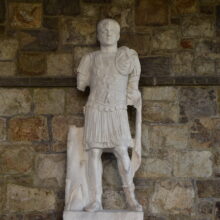 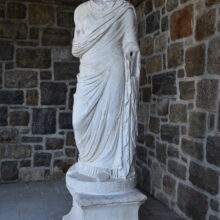 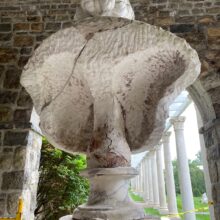 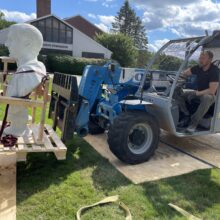 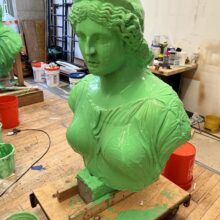 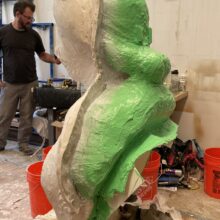 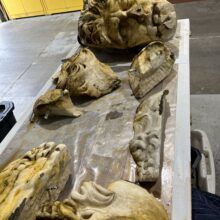